This Chicken Bacon Ranch Pasta is one heck of an epic 1-pot weeknight meal! 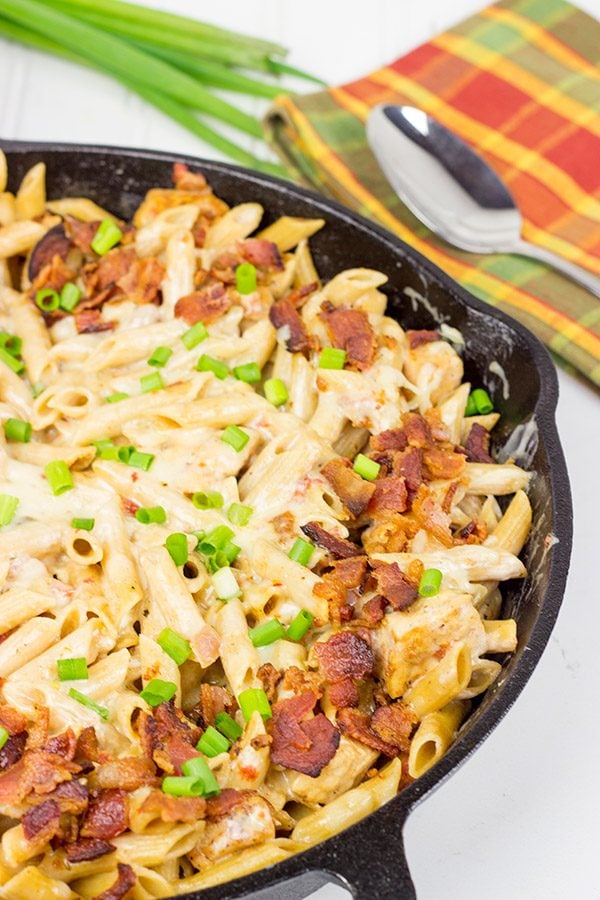 Do you guys ever have those nights where you just don’t know what to make for dinner?  We’re lucky enough that we typically have some sort of leftovers hanging out in our fridge.  (And we’ve become experts at turning leftovers into tacos.  Anything can be put into tacos!)  So the other night, I was at a complete loss for dinner.  We didn’t have any leftovers, and I had been baking up desserts like crazy.  As tempting as it might be to eat Lemon Coconut Cake for dinner, I do have some limits when it comes to dessert.  So I opened the fridge to see what I could cobble together for dinner. 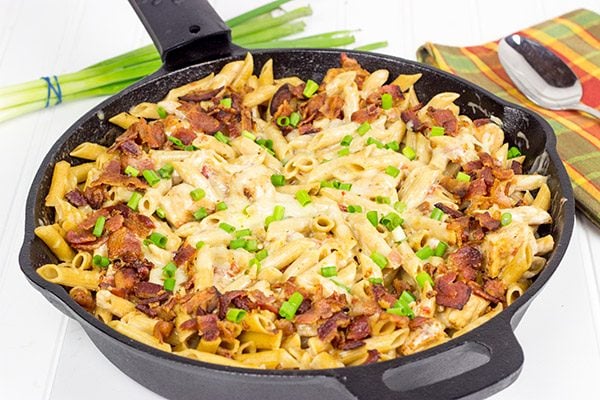 I had a couple of chicken breasts hanging out in the freezer, so I figured I could start there.  I grabbed a box of pasta off the shelf.   (My wife is part-Italian, so we always have a supply of pasta in our pantry.)  I also found a half pound of bacon left over from a previous recipe.  Ok, so my dish was coming together.  Chicken Bacon Pasta.

Wait, that sounds like Chicken Bacon Ranch…which just so happens to be one of my favorite pizzas from our local pizza shop.  I did have some ranch dressing in the fridge, but the thought of dumping ranch dressing into a skillet of pasta just didn’t sound so hot.  But then it hit me.  Ranch seasoning.  Please tell me I had a packet of ranch seasoning left…and I did!  I mixed that packet with milk and let it simmer in the pan for a bit.  The result was this Chicken Bacon Ranch Pasta.  Given that I had no idea what to make for dinner, I was pretty darned pleased with how this turned out!  In fact, I think this may become a go-to weeknight meal for those nights when we don’t know what to cook. 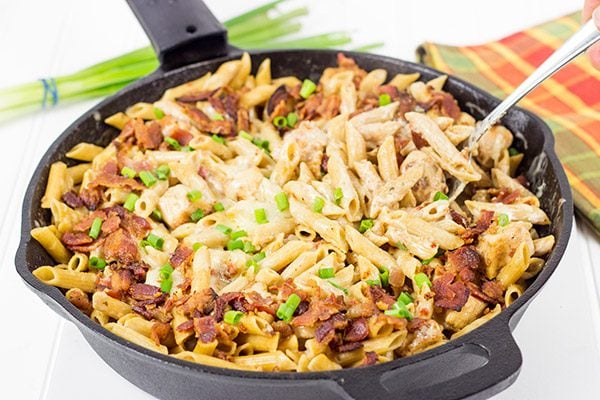 I’ve mentioned before how we often head out to trivia at a local brewery on Thursday nights.  Trivia starts at 6:30, so quick and easy dinners are a must on those nights.  It just so happened that I made this Chicken Bacon Ranch Pasta on a Thursday evening.  I didn’t have time to be doing loads of dishes.  I mean I had trivia questions to answer!  (Ok, maybe try to answer is more accurate.  Ok, maybe try to answer and miss completely is even more accurate.)  This Chicken Bacon Ranch Pasta is cooked entirely in one skillet, and it’s one heck of an epic weeknight meal. 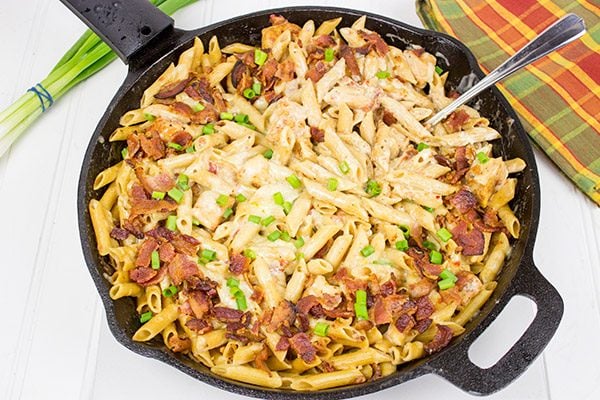 For the record, we made it to trivia on time that night…and we finished in 2nd place.  The tie-breaker question was in what year did 3 members of Lynyrd Skynyrd die in a plane crash?  We guessed 1974.  The correct answer was 1977. 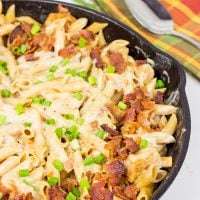 If you love this chicken bacon ranch pasta too, let me know in the comments! I’m really excited for you guys to try it, I think you will love it. It’s a family favorite at our house. 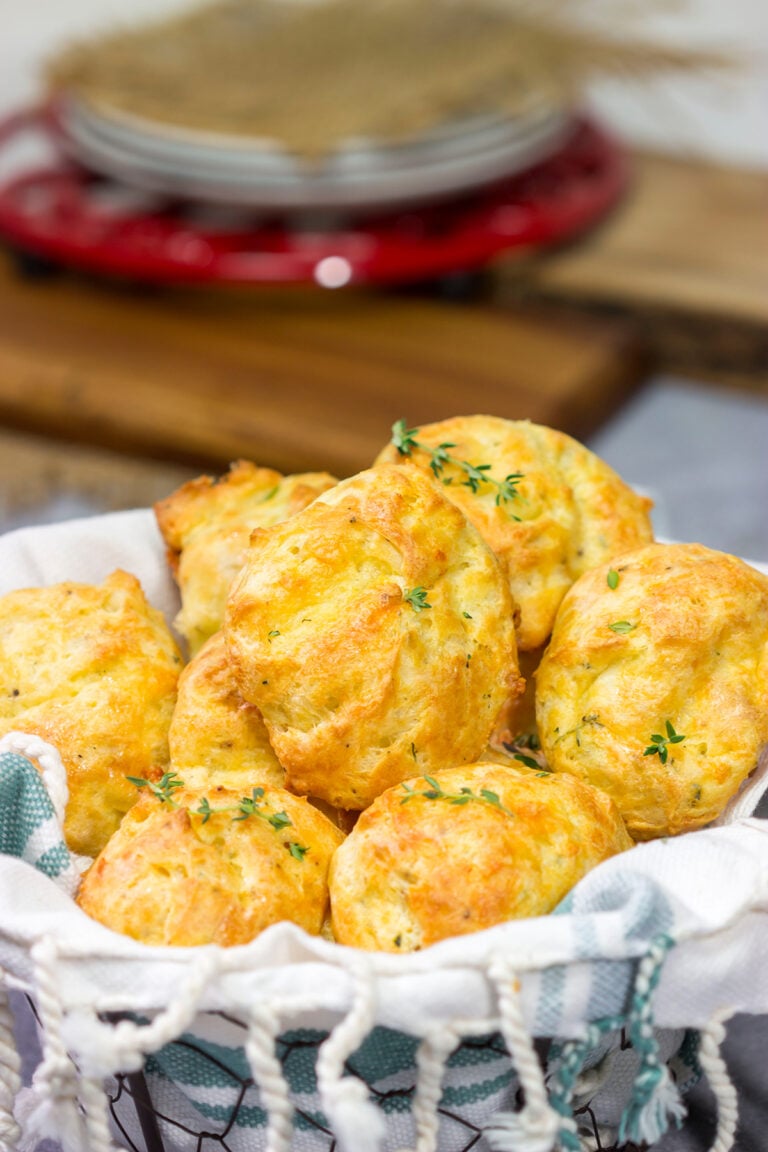 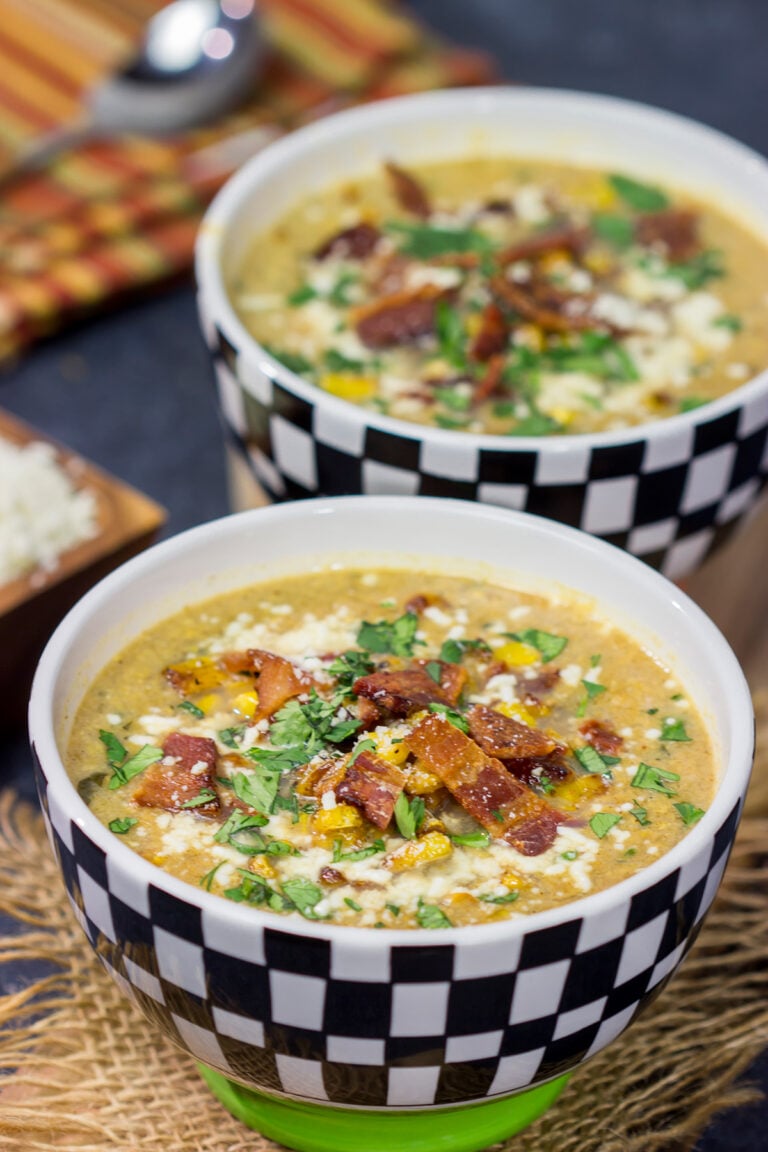 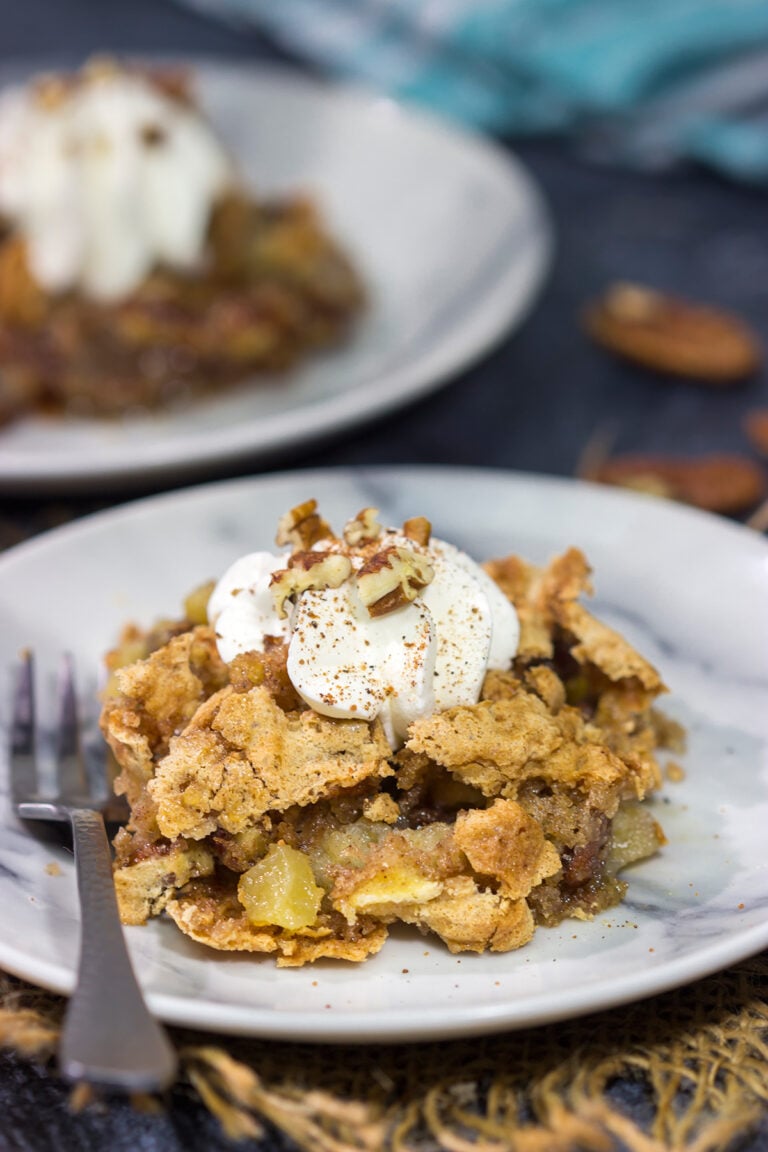 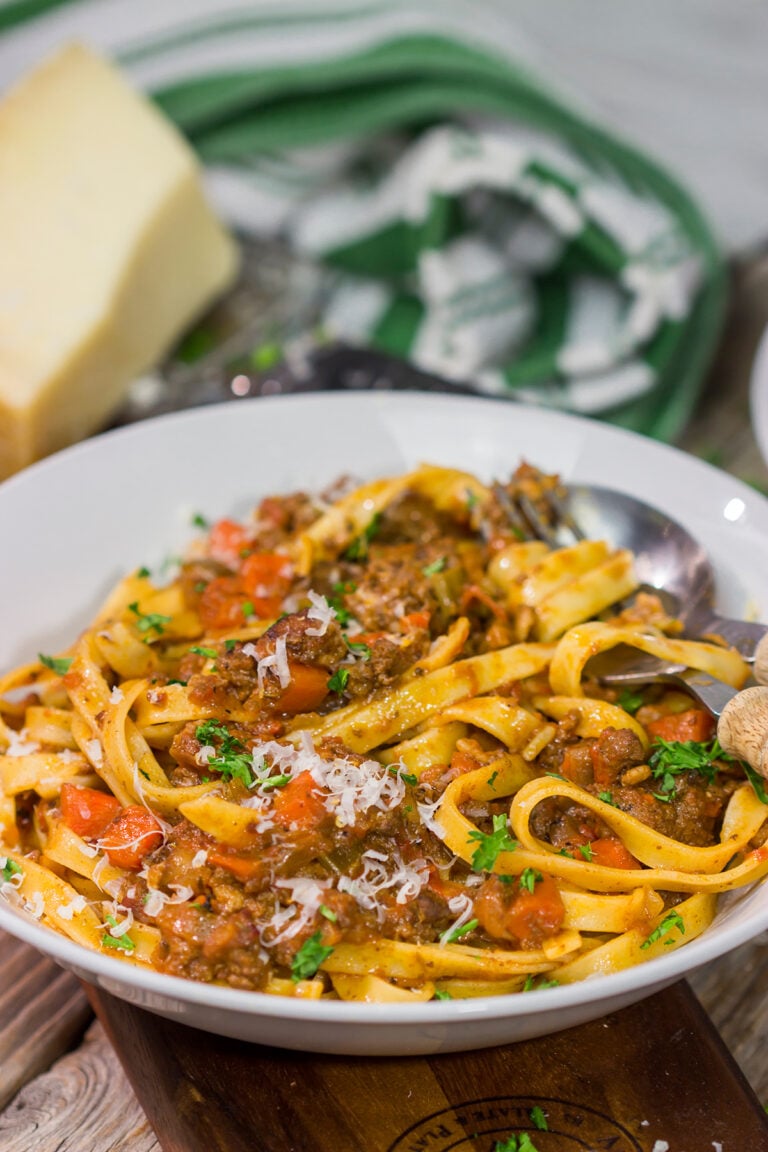