These Cast Iron Skillet Sticky Buns are topped with a tasty honey pecan glaze.  They’re a surefire way to cure the winter blues! 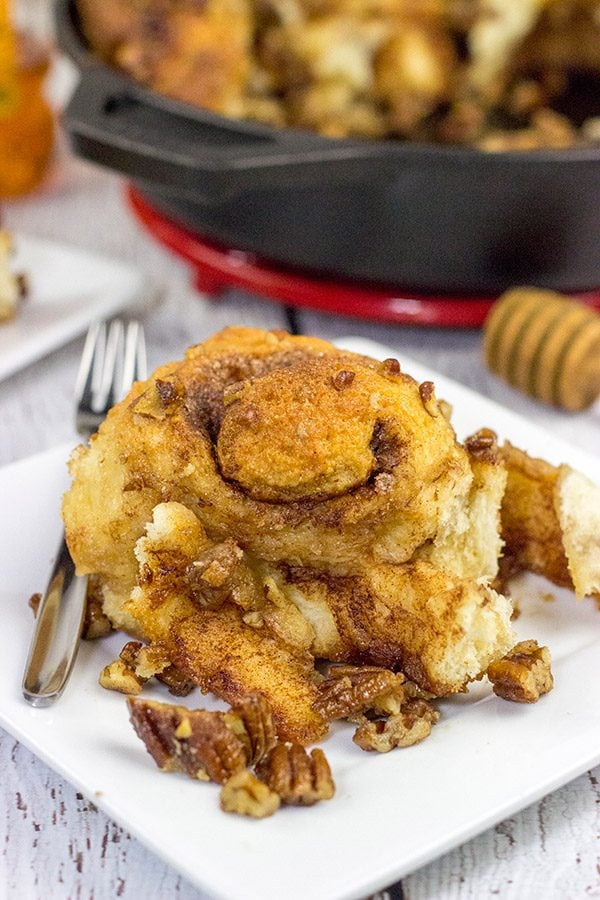 What do you do with your old beer bottles?  We typically repack them in the boxes and return them to the beer store for a refund.  New York is one of the states with the extra deposit on bottles.  I personally find this deposit super annoying.  We have a recycling can right next to our trash can, and I’d happily toss the bottles in there.  But because of the deposit, I have to save our old bottles and drive them back to the beer store.  Some of my friends just treat the deposit as an added 5¢ tax on each bottle of beer.  I’m too practical to toss that money out, so every couple of months we make a mega run to the beer store with all of our cans and bottles in tow. 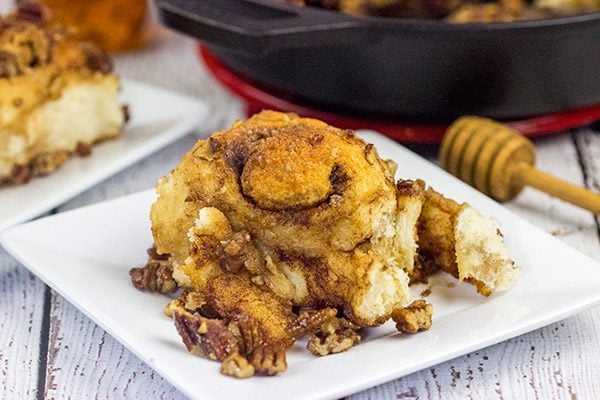 Well, a guy here in upstate New York has a different philosophy when it comes to beer bottles.  He saves ’em.  Yup, he has saved a bottle from every beer he’s tried over the past 30 years.  He has 10,000 bottles displayed on shelves in his basement.  10,000 bottles of beer.  Take one down, pass it around, 9,999 bottles of beer on the wall.  (Sorry, I just couldn’t resist that one…)

To be fair, this guy has some pretty cool bottles.  One is a commemorative bottle celebrating Charles and Diana’s wedding back in 1981.  Another bottle is an original Guinness bottle from the 1800’s.  But one of the drawbacks about a beer collection of this size?  The dust.  Can you imagine the dust that collects on 10,000 bottles of beer?  When Laura heard about this collection, she quipped that it’s every guy’s dream and every woman’s nightmare.  I asked if I could start a collection of bottles.  She just looked me and walked away. 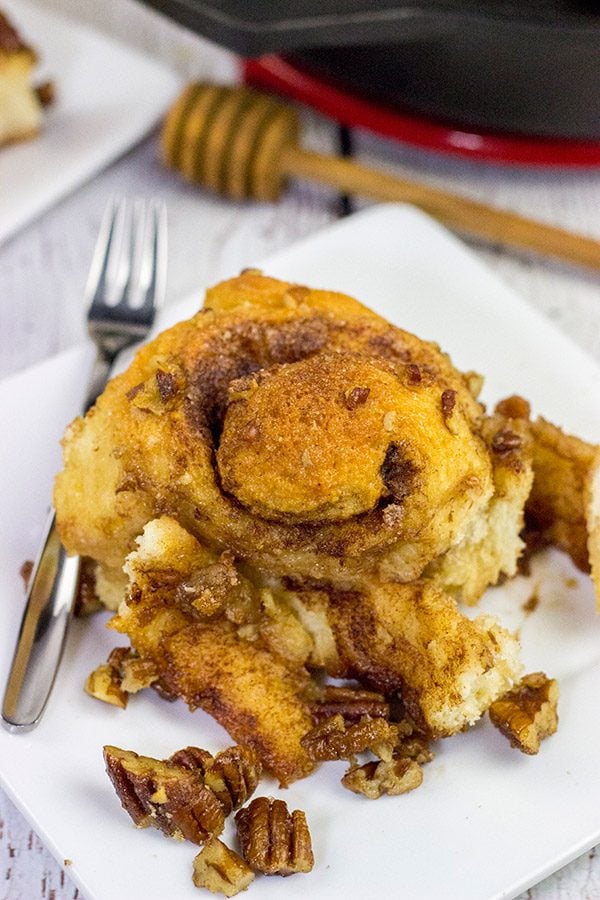 I saw the story about the beer bottle collection on the local morning news.  And shifting over to our breakfast that morning, I’d warmed up a couple of these Cast Iron Skillet Sticky Buns.  These sticky buns are delicious!  Think cinnamon rolls with a honey + brown sugar + pecan topping.  I had to deliver half of this batch to our neighbors when they came out of the oven as I can’t trust myself around homemade sticky buns! 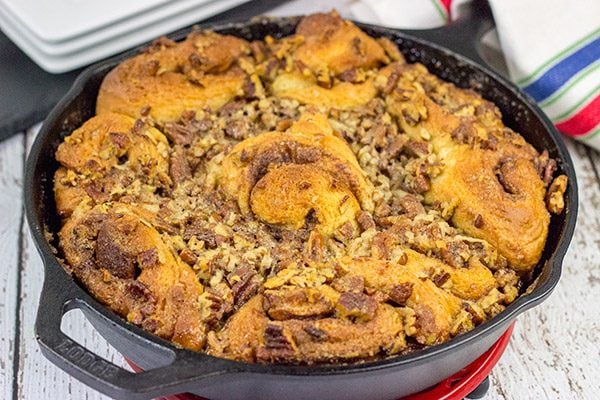 I made these Honey Pecan Sticky Buns a couple of years ago, but those are baked in a muffin tin.  I’ve been on a real kick with my cast iron pan lately, so I decided to take that recipe and bake it as skillet sticky buns instead.  The taste of the sticky buns is the same, and the muffin tin version definitely keeps a ‘cleaner’ shape…but there is just something so rustic and fun about baking in a cast iron skillet. 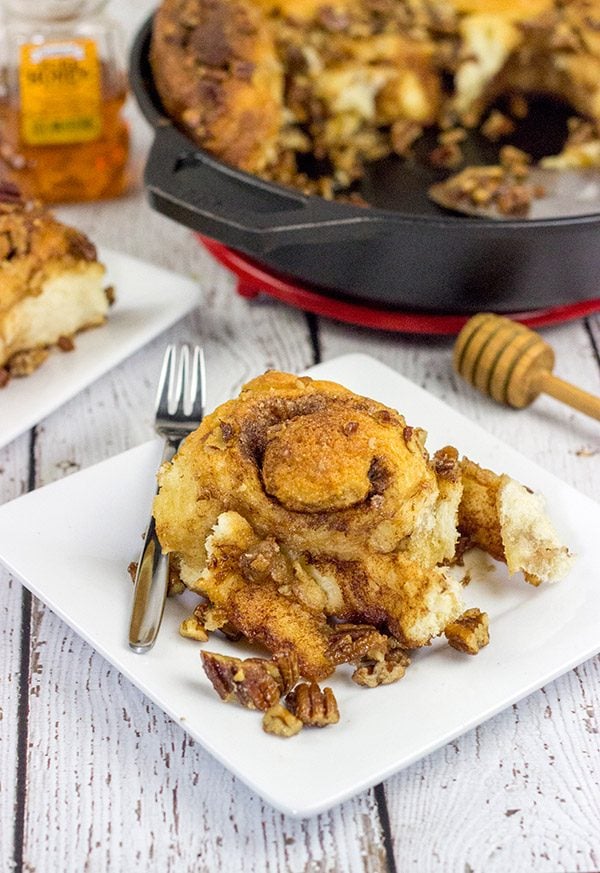 If you’re looking for a fun weekend breakfast (or dessert…I totally ate one of these for dessert), then these Cast Iron Skillet Sticky Buns need to be on your radar!  Happy baking, my friends!  Oh, and if you make a batch of these sticky buns, swing back by and leave a comment.  Or better yet, snap a photo and tag me on Instagram (@Spicedblog) so I can see your creation!

Looking for other tasty breakfast ideas?  Check these ideas out, too: 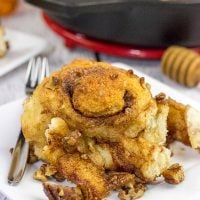 For the Honey Pecan Glaze