These Cajun Black-Eyed Peas are an easy and healthy side dish…and they’ll bring you good luck, too! 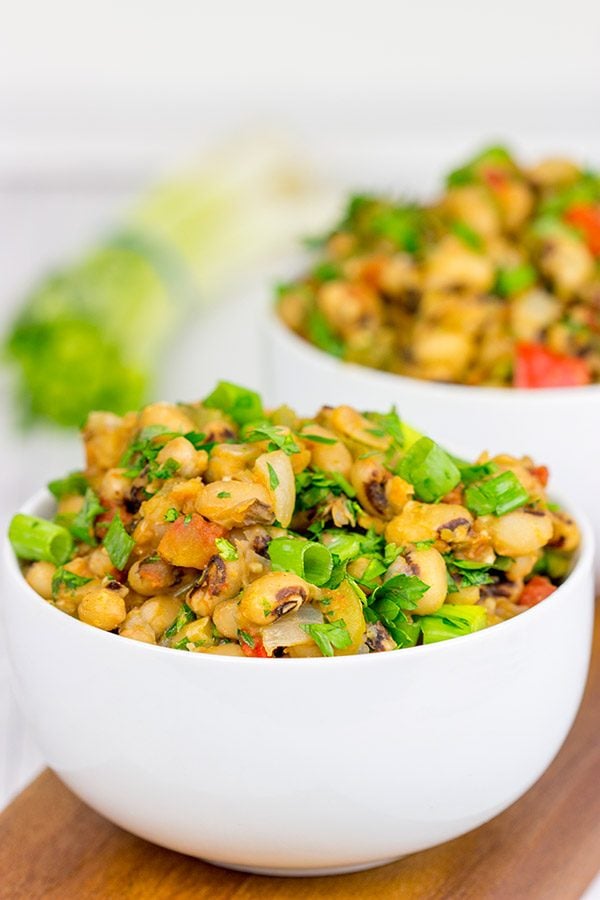 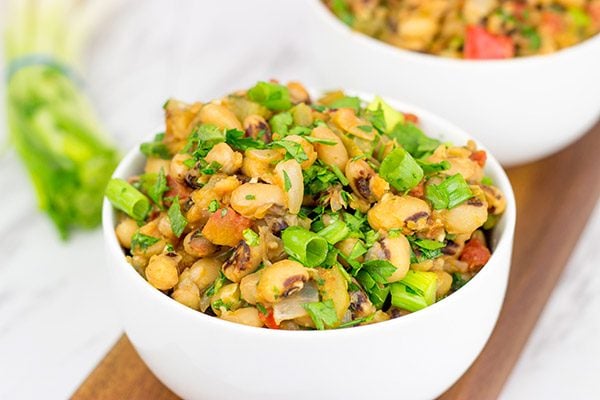 In late 1864, General Sherman and his Union troops marched from Atlanta to Savannah destroying everything along the way.  (And we wonder why it’s called the War of Northern Aggression…but I digress.)  According to legend, the Union soldiers stole all food crops except for black-eyed peas.  Supposedly the peas weren’t good enough for the soldiers, so they left them behind.  By New Year’s Day in 1865, those black-eyed peas were pretty much all that was left to eat.  The Confederate soldiers made it through the winter, and credited the black-eyed peas with helping them survive.  Is this a true story?  Who knows!  But it sure sounds good, right? 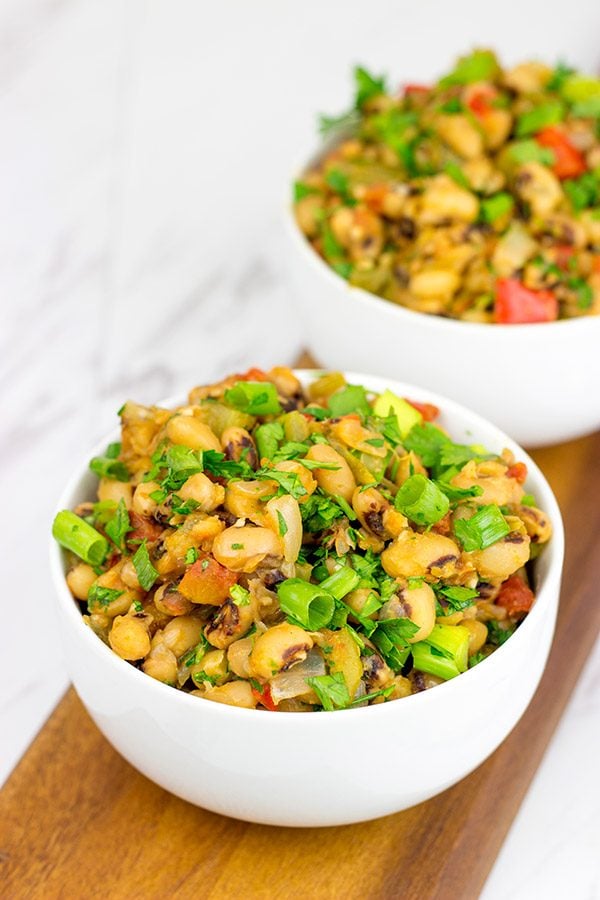 In actuality, the good luck legend is probably based on the fact that black-eyed peas hold up well in the winter when other crops are dormant.  Therefore, black-eyed peas are plentiful around New Year’s.  So it just makes sense to eat black-eyed peas on New Year’s Day.  That’s probably a more accurate story…but the General Sherman story is certainly more interesting!

Either way, I have gotten over my (unfounded) disdain for black-eyed peas, and now we eat them every New Year’s Day, too.  This year I went with a Cajun twist and created these Cajun Black-Eyed Peas.  The holy trinity of Cajun cooking (onions, bell peppers and celery) creates a flavorful base.  Then add some tomatoes and spices.  Simmer, simmer, simmer.  And your Cajun Black Eyed Peas are ready!  And I gotta say that this is one flavorful (and healthy) side dish! 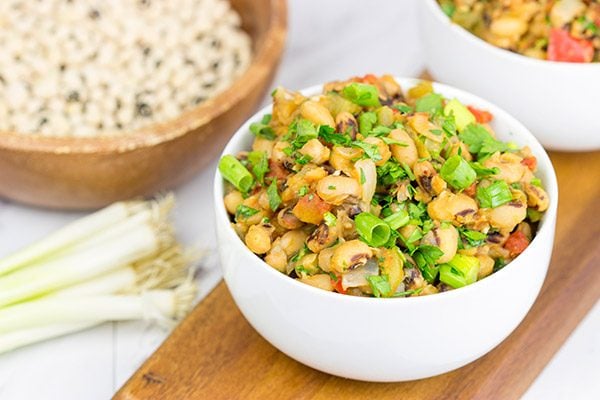 So we we look back on 2016 and ahead to 2017, don’t forget to eat some black-eyed peas for good luck!  Oh, and if you want extra luck, toss a penny in the pot while you’re cooking the black-eyed peas.  That’s another Southern tradition, and whoever gets the penny will supposedly have even better luck in the coming year.  (That’s pretty similar to the tradition of putting a baby in the King Cake around Mardi Gras.)  Either way, I hope these Cajun Black-Eyed Peas bring you good luck in the coming year!  Cheers, friends! 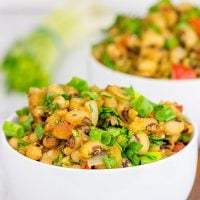 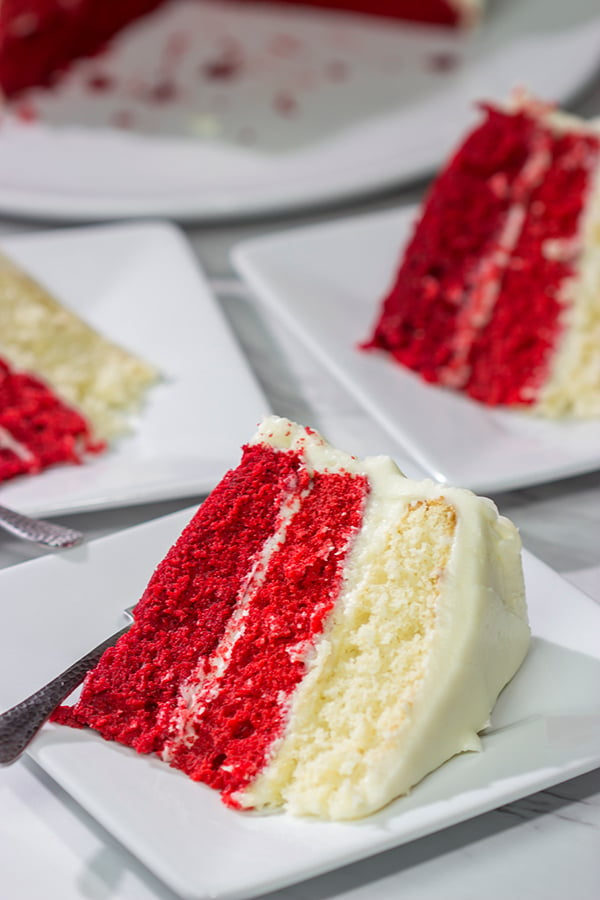 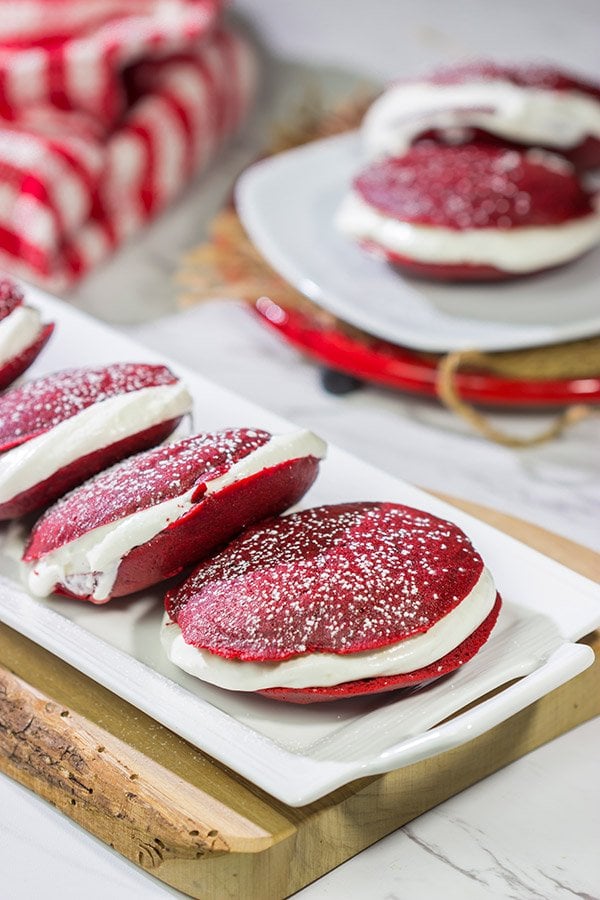 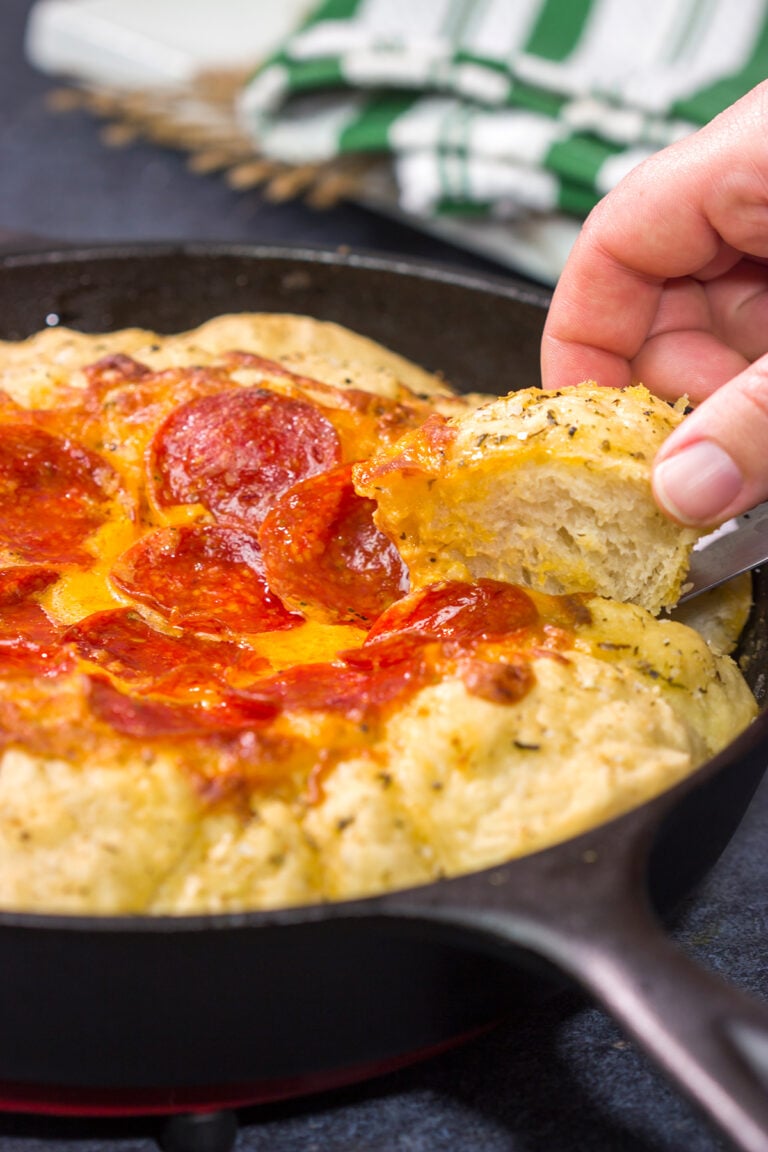 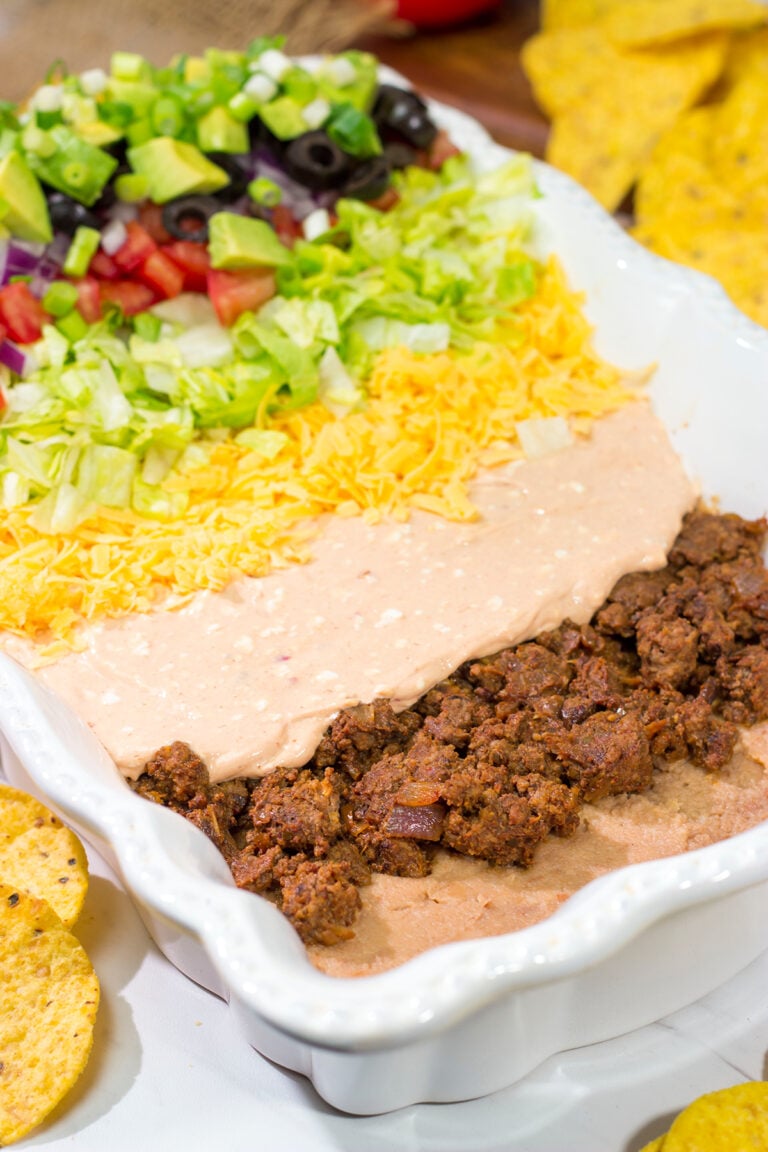