These Baked Pumpkin Spice Donuts are packed with cinnamon and pumpkin…and they’re the perfect sweet treat for a chilly Autumn day! 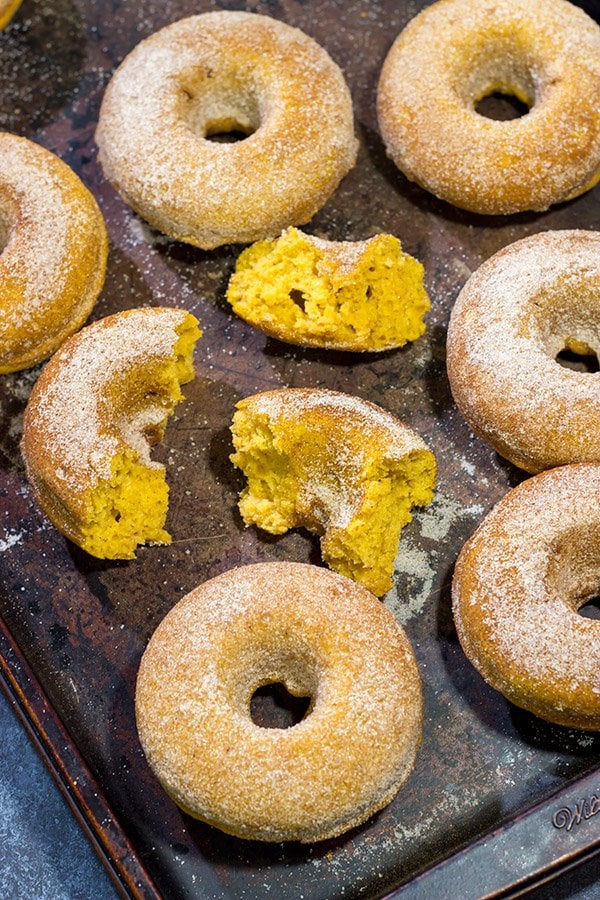 A couple of weeks ago, we took Robbie into his first donut shop.  He had just gotten his flu shot, and he did it without a single tear.  That means donuts were in order!  You should’ve seen the look on his face when we stepped into the door.  It was like, well, a kid in a donut store.  Wide-eyed, he looked at each and every flavor before settling on one powdered sugar and one cinnamon-sugar.  Like father, like son!  (The only difference is I went for some donut holes.  There’s something about those little poppable bites of donut-y goodness.) 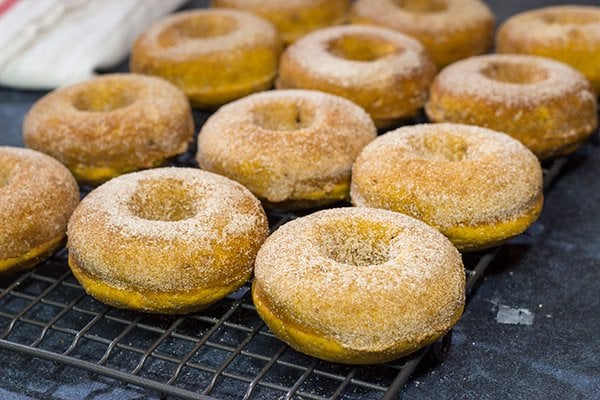 As we were sitting there with our donuts and coffee (milk for Robbie), I told him that we could make donuts together when we got back home.  He immediately said, “What?”  I told him, yup, we can make donuts together back home.  He got a big smile on his face…and then proceeded to get more powdered sugar on his face and shirt than I would’ve thought possible.  Again, like father, like son! 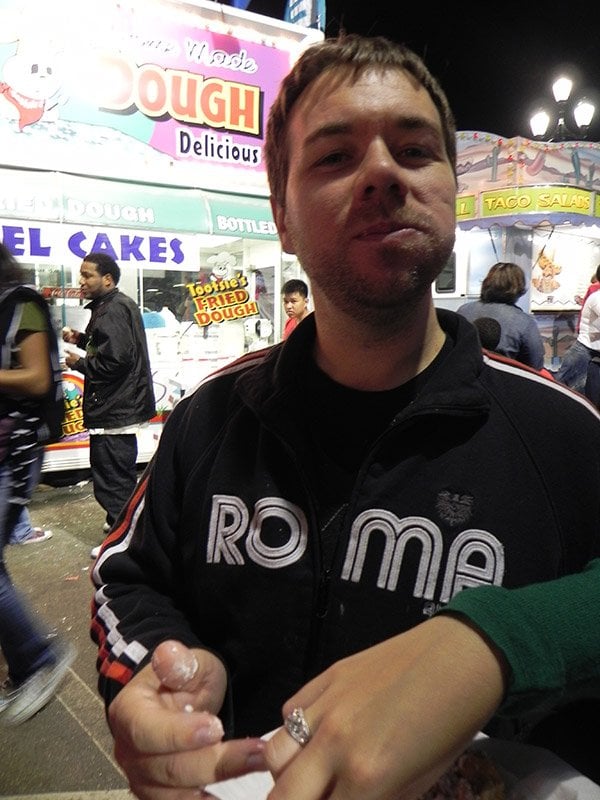 The photo above is from the day after Laura and I got married.  We got married in North Carolina, and the State Fair happened to be going on in Raleigh at the same time.  Of course, I needed an elephant ear.  And of course I got powdered sugar all over everything.  Just like Robbie! 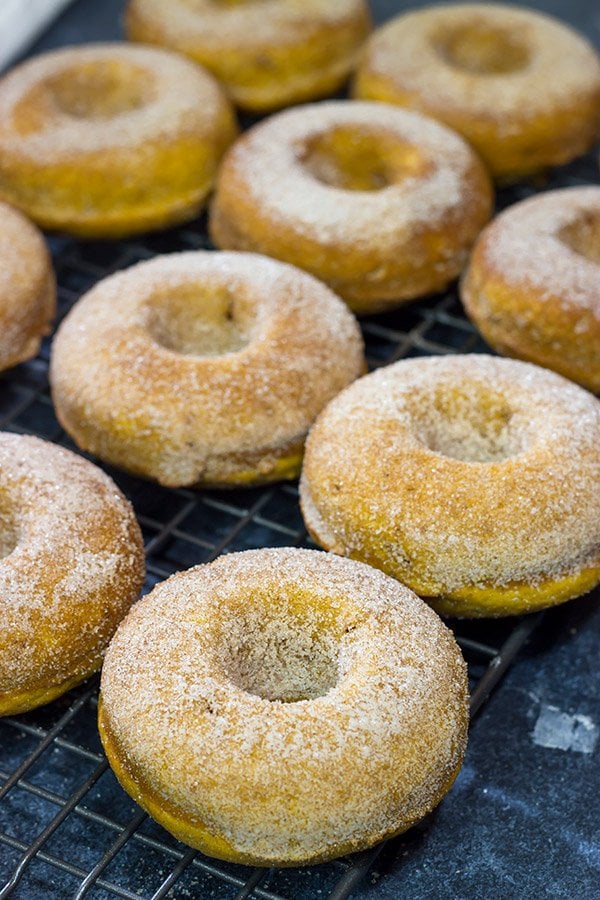 It took a bit of time, but Robbie and I finally got around to making those donuts at home.  Since we are officially in Pumpkin Spice Everything season, I figured why not go with Baked Pumpkin Spice Donuts.  I debated going with the more traditional fried donut here, but I decided baking ’em would be easier since I had a 4-year-old helping out.

I measured each of the ingredients, and Robbie poured them into the mixing bowl.  After spooning the batter into our donut pan, we waited patiently to see what these Baked Pumpkin Spice Donuts would look like.  They turned out great!  Big, puffy donuts packed with flavor.  (And there’s actually a whole can of pureed pumpkin in there, too.) 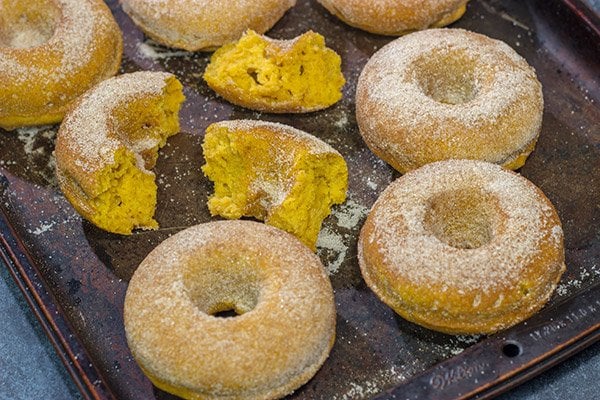 Of course, Robbie’s favorite part of the process (besides eating the donuts) was putting them in a paper bag and gently shaking them with the cinnamon-sugar mixture.  I had to remind him a couple of times to be gentle or he’d end up with a bag full of donut crumbs.  He did a great job, and I’d deem our baking adventure a success!  As we were sitting around the dinner table that night enjoying Baked Pumpkin Spice Donuts, Robbie said, “Dad, I really enjoyed baking donuts with you today.”  Man, that kid.  I hope you have as much fun baking (and eating) these donuts as we did! 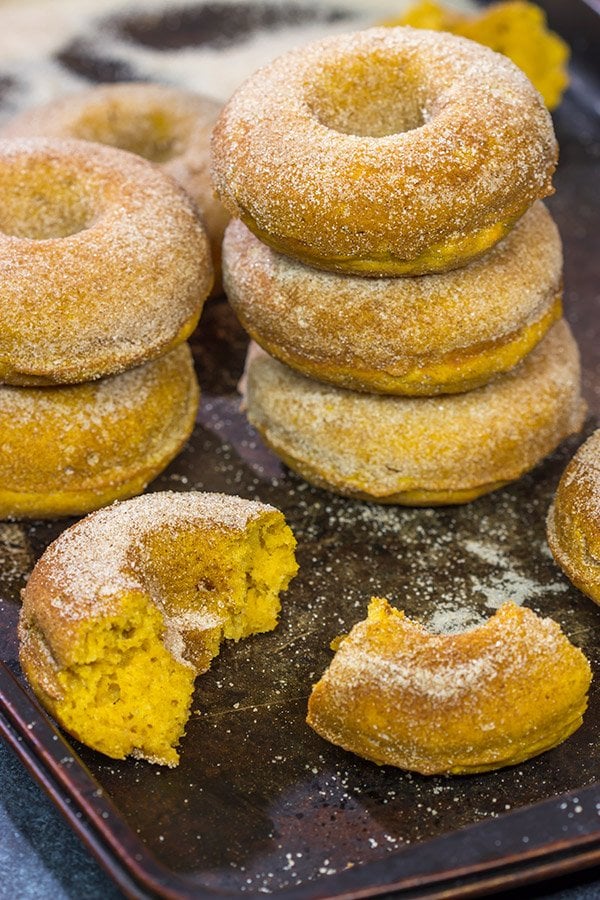 Did you make a batch of these Baked Pumpkin Spice Donuts at home?  Leave a comment, or snap a photo and tag me on Instagram (@Spicedblog).  Happy baking! 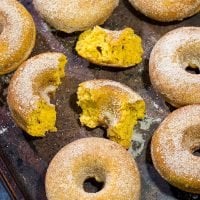 Looking for more baked donut recipes?  Check out these other favorites, too: 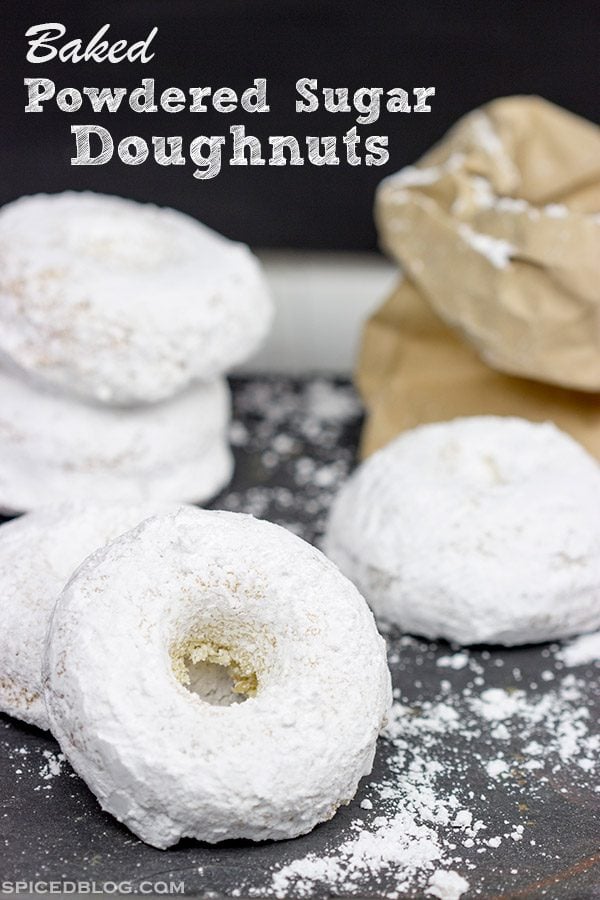 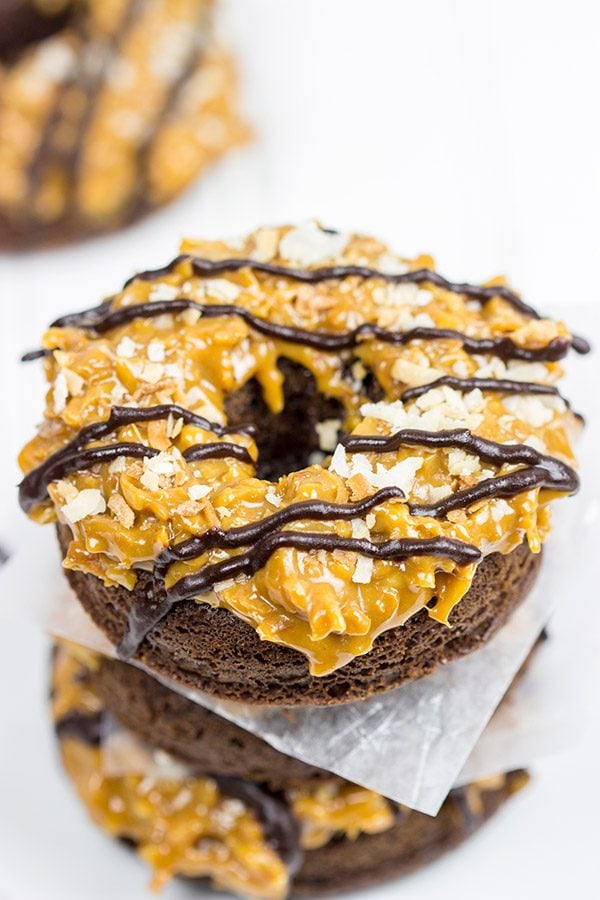 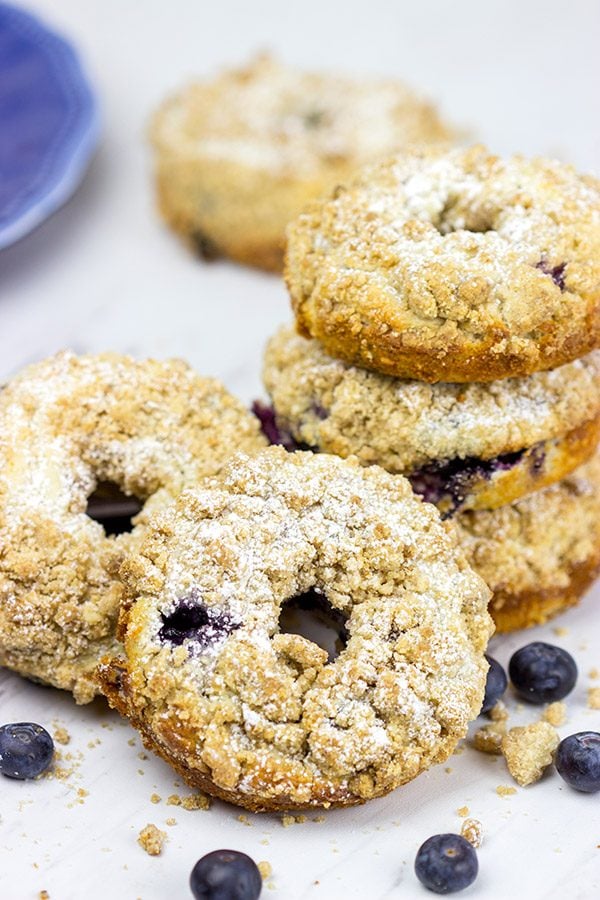