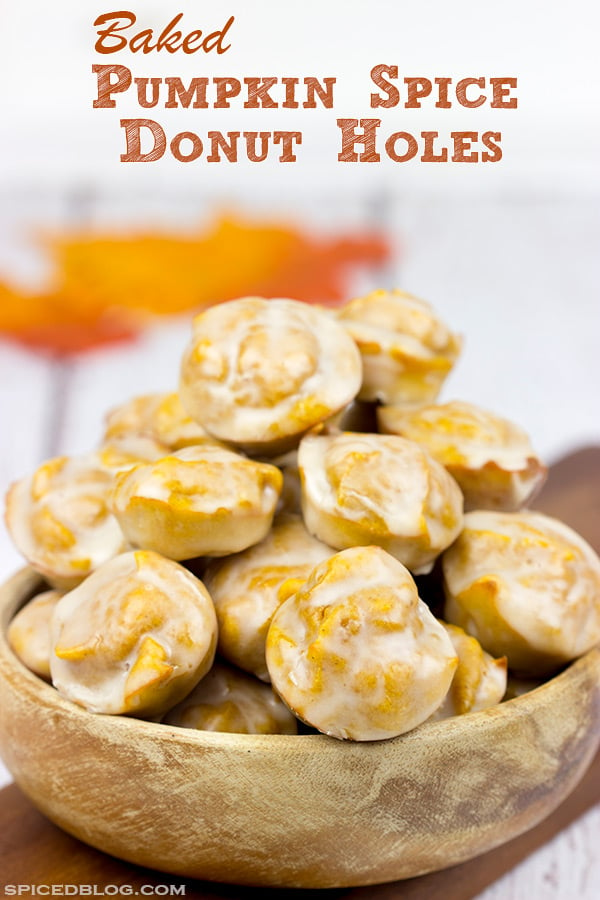 I have a slight obsession with donut holes.  Seriously.  I mean bite-sized anything is just awesome to begin with, but bite-sized donuts?  Yes, please.  (And I’m not really sure where the spelling donut vs. doughnut came from…so let’s just go with it.)

When I was a kid, I always stared in wide-eyed wonderment at the donut holes in the local bakery.  As a special treat, my sister and I would occasionally get to stop by the bakery and pick out some donuts for breakfast the next day.  My sister would usually go for the chocolate sprinkle version, but I was always drawn straight to the donut holes.  Simple glazed donut holes.  Is it sad that I can barely remember my birthday, but I can recall such vivid memories about donuts? 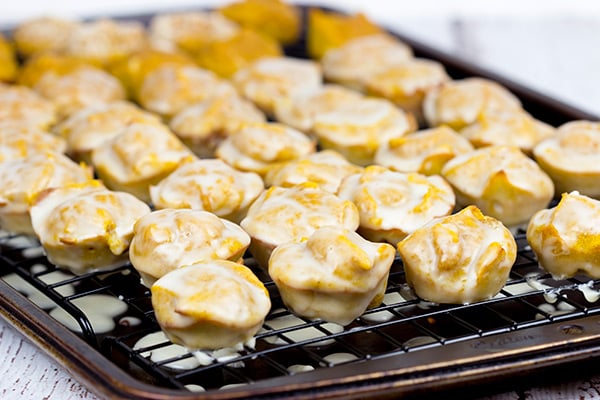 In honor of Fall, I decided to whip up a quick batch of these Baked Pumpkin Spice Donut Holes.  And when I say quick, I mean quick.  This is just a simple batter, and it’s dropped in mini-muffin tins to bake.  Wilton makes a donut hole pan, but I’m just running out of room for bakeware.  (I suspect that my wife wouldn’t be too happy with me if I started storing bakeware in her closet.)  Nope, the mini-muffin tins worked just fine.  Ok, maybe the donut holes weren’t perfectly round, but they were close enough.  We’re not talking artwork here, folks…they’re donut holes!  They’re meant to be eaten.  In one bite…or maybe two. 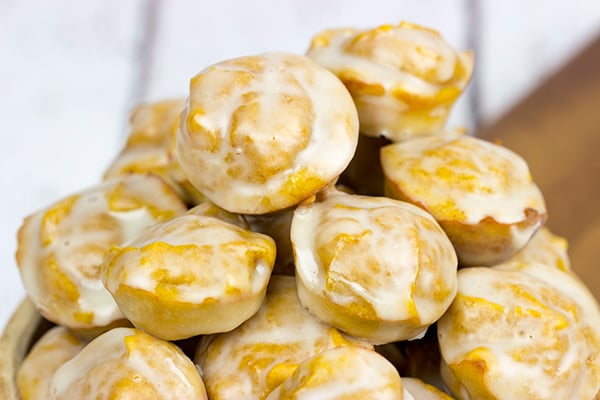 I have an uncanny ability to find amazing donut shops.  There’s The Donut Den in Nashville, Mary Lee Doughnuts in Baton Rouge, Sublime Doughnuts in Atlanta…need I continue?  Here in upstate New York, apple cider donuts are all the rage, and nearly every apple orchard also makes apple cider donuts. Hmmm, I just realized I’ve never seen apple cider donut holes.  That’s a problem that needs addressing…and quickly.  But for now, I’m perfectly content with these Baked Pumpkin Spice Donut Holes!  (For more doughnut shop awesomeness, check out these Glazed Apple Fritters that I posted a couple of weeks ago.) 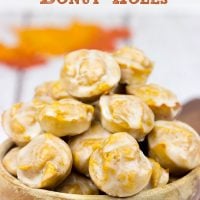 For the Donut Holes

Note: Glazed donuts taste best on the same day they are made. If you are making these in advance (or have extras), store the un-glazed donuts in an air-tight container at room temperature for up to 2-3 days. You’ll just need to glaze them before serving.