These Southwest Shrimp Tacos are easy and loaded with flavor… perfect for a fun summer dinner! 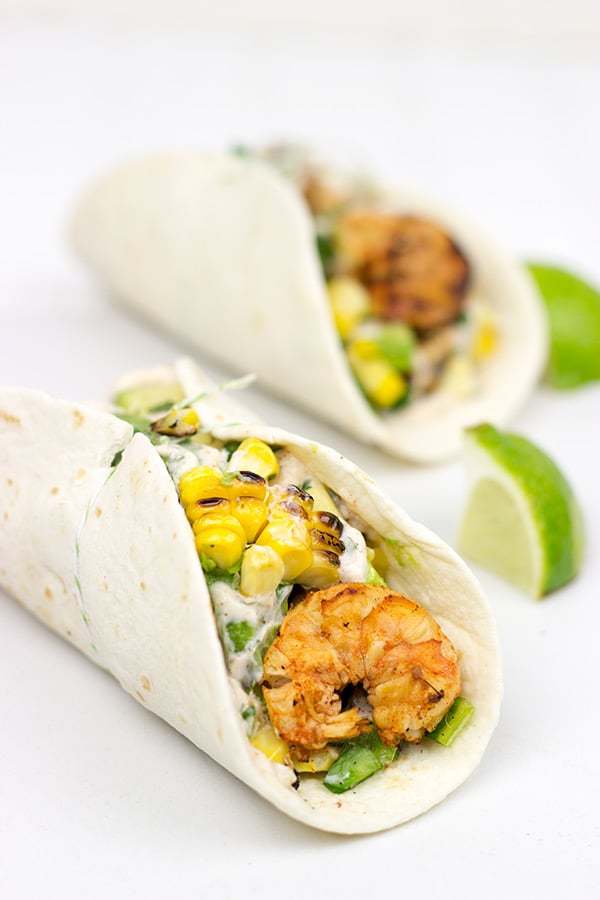 I can’t believe there was a time when I didn’t like shrimp.  Actually, I can’t truthfully say that I didn’t like shrimp because I didn’t really know what they tasted like.  I just knew that my little sister loved shrimp, and if she liked it, then that meant there was something wrong with it.  Looking back on it, there may have been some flawed logic in that thought process.  (For those of you with brothers, sisters or kids, you know this thought process all too well!)  Don’t worry…my sister and I are now good friends, and I’ve been making up for those years that I missed out on shrimp.  This recipe for Southwestern Shrimp Tacos is one of my favorite shrimp recipes…and it also involves the grill (which just happens to be another one of my addictions)! 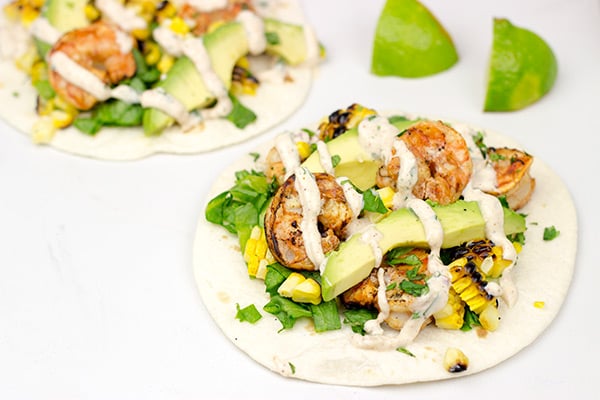 Back when my wife and I lived in Atlanta, we’d head out to the Dekalb International Farmer’s Market almost every weekend to stock up on fruits and veggies for the week.  Just to clarify, the International Farmer’s Market isn’t just a farmer’s market.  It’s a gigantic indoor market with fruit, spices, vegetables, herbs, meats, etc from pretty much everywhere in the world.  Gigantic barely does it justice either.  I’m talking multiple football fields in length.  I’m talking you can get lost in there and not be found for days.  Ah, but I digress.  One weekend in particular, we stumbled across some crazy cheap cilantro.  I seriously think it was like 25¢ for a huge bunch of cilantro.  So we grabbed a couple of bunches and headed home.  Lucky for me, these Southwest Shrimp Tacos feature cilantro…so we invited some friends over and made a party out of it! 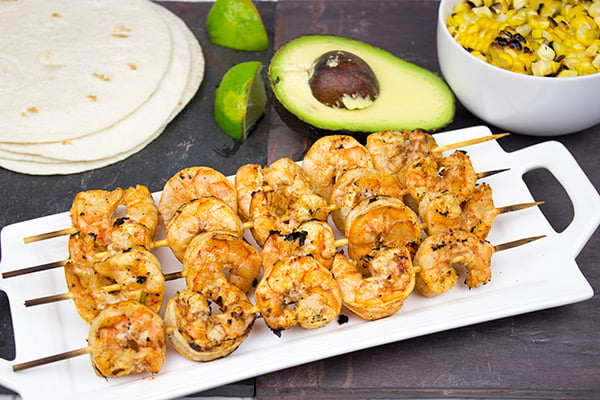 These Southwestern Shrimp Tacos are one of our favorite summer recipes!  In fact, I think my wife was asking me to make these while there was still snow on our grill this past winter.  Here’s a couple of tips I’ve picked up after making this recipe many, many times:

(1) Don’t overmarinate the shrimp.  The lime juice in the shrimp marinade can actually cook the shrimp (think ceviche), so you only want to leave the shrimp in the marinade for about 15 minutes or so.
(2) The Southwestern Sauce tastes great on Day 1, but it tastes even better on Day 2.  I’ve actually started making the sauce the day before I make the tacos.
(3) Shrimp cook very quickly on the grill.  Even though I don’t serve these shrimp on skewers, I use skewers to help flip the shrimp while they’re on the grill.  It makes the grilling part much, much easier!  (Just remember to soak the wooden skewers in water for 30 minutes before using.)

This recipe was also posted on Food Fanatic.  Click here to check it out!