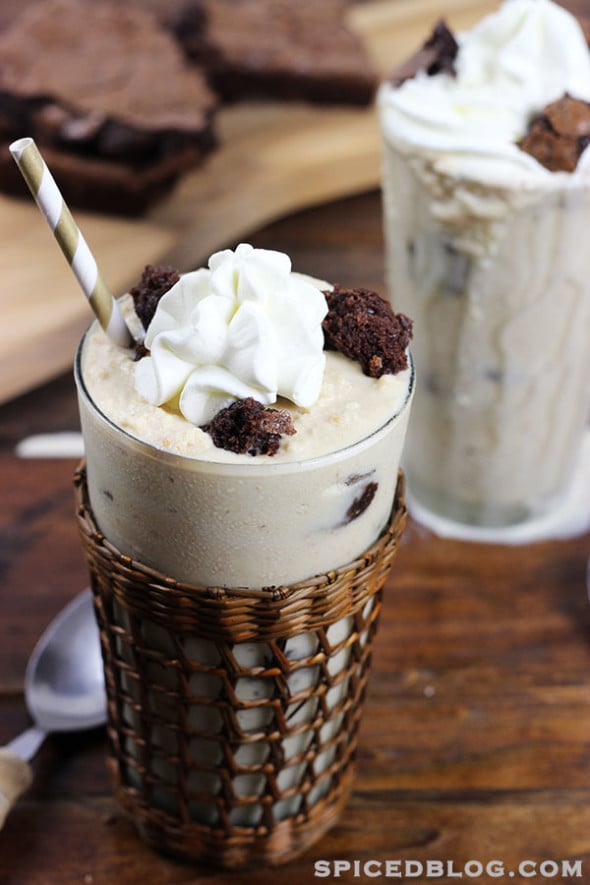 Father’s Day is just around the corner, and while I do not have any kids, I do have a couple children of the furry variety.  So I started to wonder…what if Maximus (Furry Kid #1) were to make me a Father’s Day meal?  What would it be?  I’m guessing it might be Banana Pupcakes.  (As a side note, I did make these for the dogs last summer.  They were cupcakes with ground dog food as a primary ingredient.  They smelled umm…interesting.)  But back to Father’s Day.  Ethel (Furry Kid #2) would probably become alpha-dog in the kitchen, which means that peanut butter would be involved somehow.  Both of my 4-legged children absolutely love ice cream, especially on a hot summer day.  So with that in mind, if Maximus and Ethel were to make me a Father’s Day treat, I’m nearly certain it would be this Peanut Butter + Brownie Chunk Milkshake.  Too bad they won’t get to clean the dish after this one!  (On a serious note, dogs should never ever eat chocolate.) 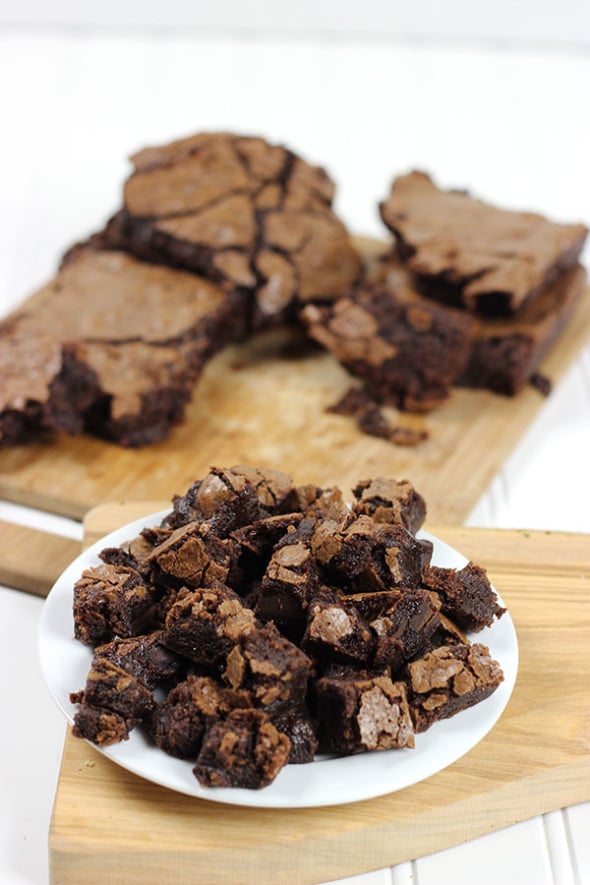 Now that summer is finally here in upstate New York, I’ve been breaking out the ice cream machine pretty often.  I started with this Vermont Honey Ice Cream, and it is still one of my favorites.  But this Peanut Butter + Brownie Chunk Milkshake is seriously delicious!  It’s peanut butter and chocolate together…how can you go wrong??  To make this milkshake even more special, I…err, Maximus and Ethel…started with homemade peanut butter ice cream.  You could totally just add a cup of peanut butter and a couple scoops of vanilla ice cream in a blender and still achieve a similar effect.  Likewise, this recipe features brownies baked from scratch, and you could totally use a boxed mix instead.  (This brownie recipe is loaded with chocolate, which makes it super gooey.  Difficult to eat by themselves, but perfect for this milkshake!)

To all of the fathers out there (no matter whether your kids have 2 legs or 4), Happy Father’s Day!