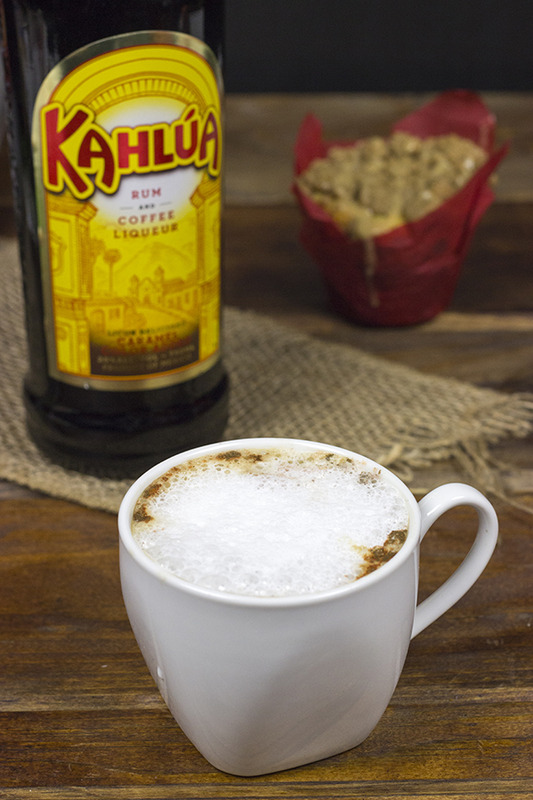 As long as I can remember, I’ve always been a huge fan of cinnamon.  Whenever I’m given a choice of desserts, I almost always gravitate to the one with cinnamon.  And if the dessert also happens to include brown sugar?  Then I’m pretty much in a happy place!  So it should come as no surprise that coffee cakes are pretty darn high on my list.  In fact, I think coffee cake was the very first thing I ever learned how to bake from scratch.  (Yes, I do indeed remember that moment well!)  The Autumn chill in the air has reawakened my spirit of baking (hah…like that ever really left), and I decided to make these Coffee Cake Muffins.  Pair them with a Kahlúa Cappuccino, and you’ve got a delicious start to a chilly Fall morning! 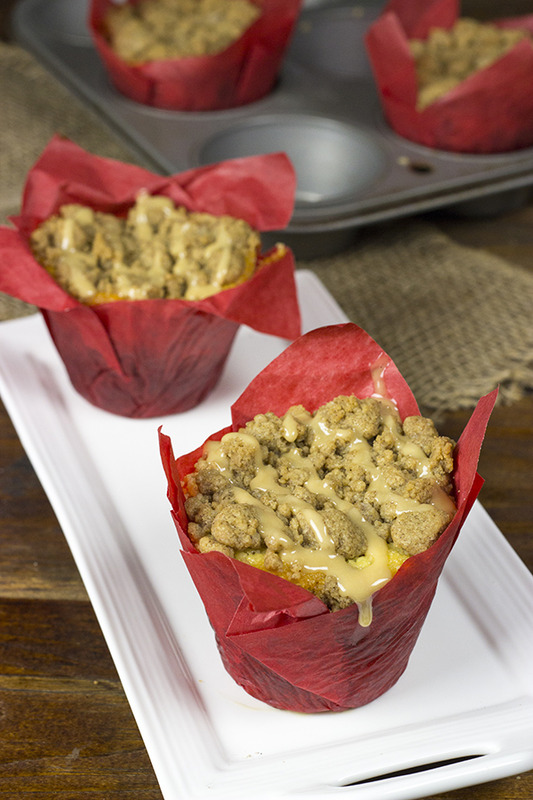 My wife and I moved to upstate New York a couple of years ago, and like most areas of the country, New York and New England have their own baking and culinary traditions.  In fact, not long after moving here, I got into a discussion with someone about coffee cake…and more specifically the NY Style Crumb Cake version.  I casually mentioned that I like to swirl cinnamon through my batter before baking my favorite crumb cake.  Well apparently saying that in New York is akin to calling Peach Cobbler and Peach Pie the same thing in South Carolina!  I quickly learned that a true New York-style coffee cake is a pure cake base (no swirls!) with a very generous portion of crumb topping.  (In fact, the cinnamon crumb topping is often as much as 1/3 of the entire cake!)  So this muffin is my nod to the New York version of the coffee cake.  As noted below, I added the crumb topping about 8-10 minutes before the muffins were done.  (When you put the crumb topping on before baking, the topping falls into the center of the muffin.  While still delicious, it kinda loses that visual appeal of a cake loaded with a brown sugar and cinnamon topping!) 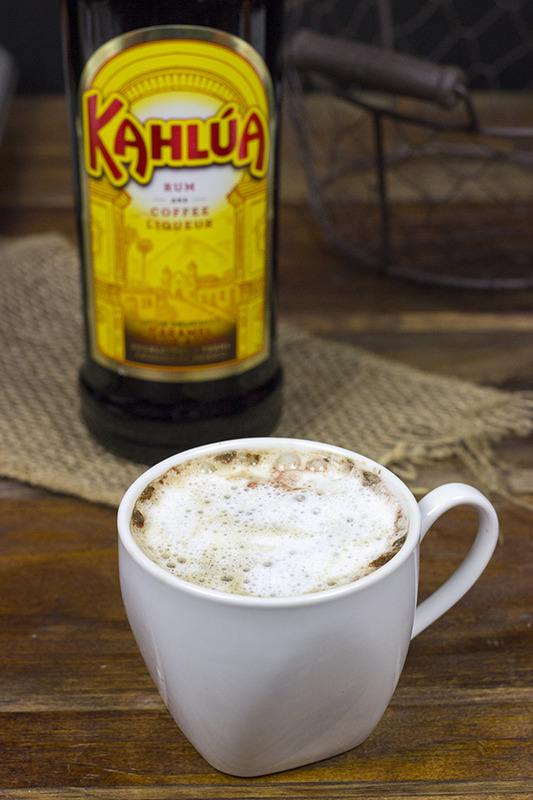 And you can’t have a delicious coffee cake muffin for breakfast without coffee, right?  Well, I see your coffee, and I raise you a Kahlúa Cappuccino!  Yup, that’s right.  As if that isn’t enough already, I also drizzled the Coffee Cake Muffins with a simple Kahlúa glaze.  As far as I am concerned, these Coffee Cake Muffins served alongside a hot Kahlúa Cappuccino are pretty much the perfect way to start a chilly weekend morning!  Plus, these are great muffins to serve if you are entertaining family or friends for the weekend…after all, who doesn’t love waking up to Kahlúa, cinnamon, and brown sugar?

This is a sponsored conversation written by me on behalf of Kahlúa. The opinions and text are all mine.

For the Muffins
For the Crumb Topping
For the Kahlúa Glaze