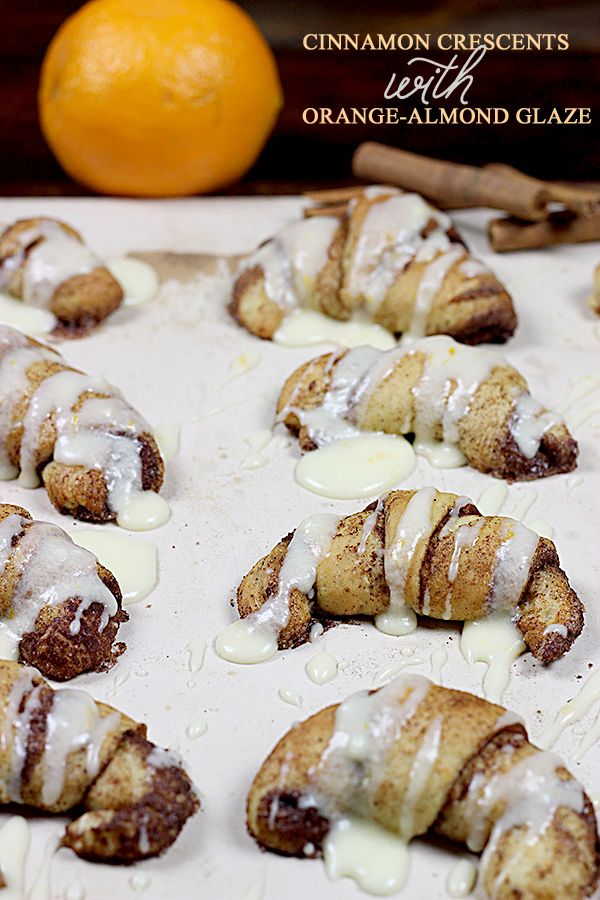 I’ve had this day circled on my calendar for weeks.  Yup, that’s right.  Wednesday, April 10th.  Big red circle.  Nope, its not my birthday.  So why is it circled you might ask?  Because April 10th is National Cinnamon Crescent Day.  And as you may have noticed from previous posts, I am slightly obsessed with cinnamon.  I love it.  When it comes to breakfast foods, I always opt for anything with cinnamon.  Snickerdoodles are my favorite cookie.  You get my drift.  So go out and celebrate National Cinnamon Crescent Day with these delicious Cinnamon Crescents with Orange-Almond Glaze.  You know I will be! 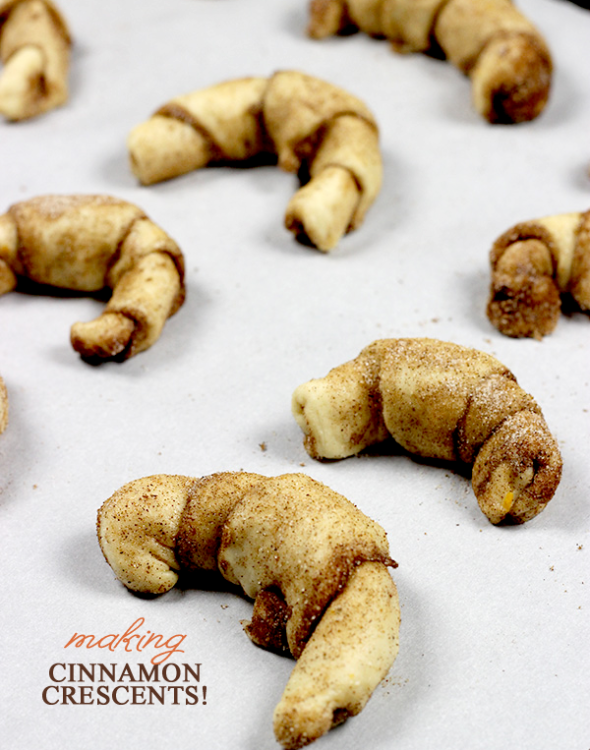 Like any yeast dough, this recipe is made in several stages.  The dough is mixed and then put in a warm spot to rest for a bit.  Then you shape the cinnamon crescents and put them away to rest again.  In the cooler months, I often use my oven as a resting place for the dough.  I turn on the oven to the lowest setting, and as soon as it hits about 85-90 degrees, I immediately turn it off.  Now you’ve got a perfect closed space for your dough to hang out and rise!  Of course, its always important to cover the dough with plastic wrap or a linen cloth to prevent a dry crust from developing.

This recipe can easily be adapted to make cinnamon rolls or even cinnamon swirl bread if you’d prefer.  The only difference is the way you shape the dough.  For either cinnamon rolls or cinnamon bread, simply roll the dough into a large log rather than cutting it into triangles for crescents.  If you prefer cinnamon rolls, then just cut the log into 8-10 pieces and lay each piece on its side.  For cinnamon swirl bread, just put the log into a bread pan.  Then return the dough to a warm location for the second rise.  (Note: you will likely need to adjust the baking time for rolls/bread.)

For the Dough
For the Filling
For the Glaze

For the Dough
For the Filling
For the Glaze