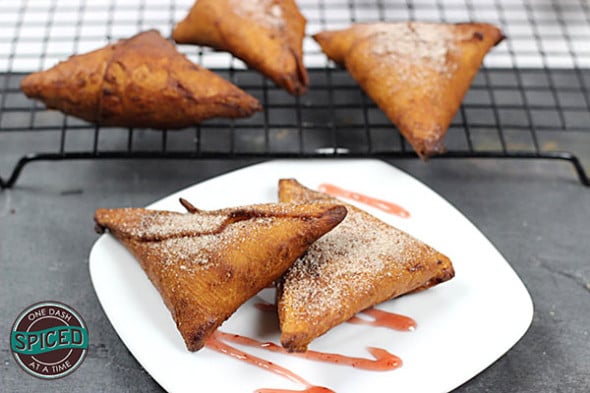 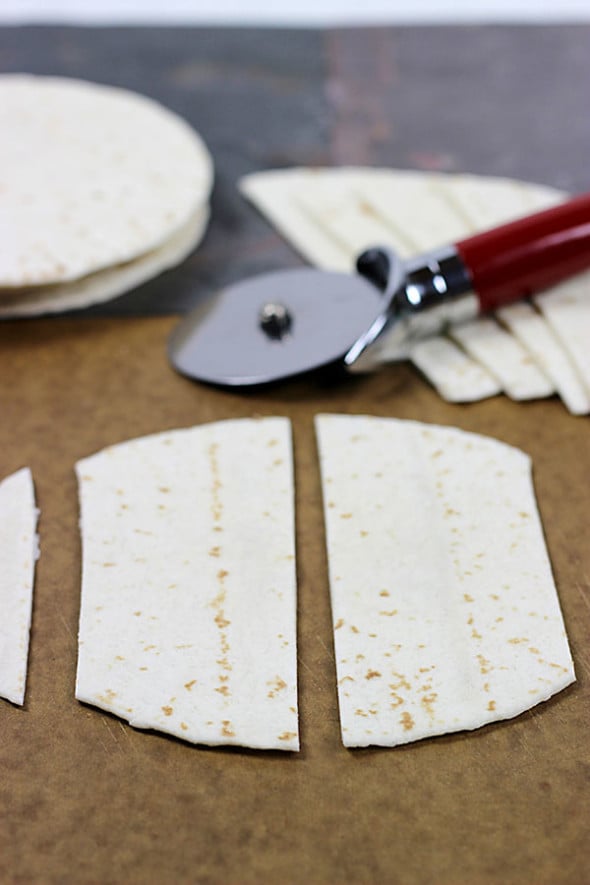 I grabbed a couple packs of the medium-sized Mission super-soft flour tortillas and headed home to create samosas!  Instead of going with the traditional Indian flavors typically found in samosas, I decided to mix it up a bit.  I have been craving cheesecake lately (ok, maybe I’m always craving cheesecake), so I pulled out the recipe for my Easy Cream Cheese Bars, and baked up a quick batch minus the pastry shell.  Once it cooled, this mixture worked perfectly as a filling for these Cinnamon Cheesecake Dessert Samosas.  I dusted them liberally with cinnamon and sugar as soon as they were done cooking, and the result was an incredible two-bite dessert.  Normally you need to make dough in order to make samosas, but the Mission Tortillas worked beautifully.  They were easy to wrap and I used a simple egg wash as “glue” to seal the edges. 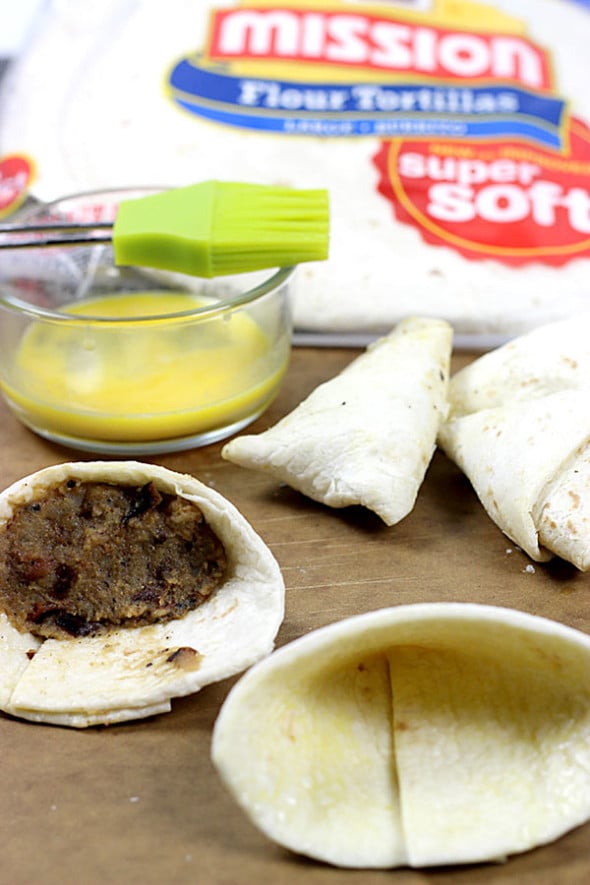 After I tasted the Cinnamon Cheesecake Dessert Samosas, I knew I was on to something…so I started looking around for other filling ideas.  I had a couple of potatoes on the counter staring at me (literally–they were starting to grow eyes), so I decided to try making Bacon Cheddar Samosas.  And man, were these delicious!  I loaded up on the bacon and cheddar, and I used mashed potatoes to hold it all together.  Perfect party food!

For the Cinnamon Cheesecake Dessert Samosas
For the Bacon Cheddar Samosas

For the Cinnamon Cheesecake Dessert Samosas:
For the Bacon Cheddar Samosas:
To Make and Fill Samosas:

Next time you need party food, don’t forget about these Mission Tortilla Samosas!  They are perfect size (2 bites), and you can experiment and have fun with the fillings.  Enjoy!

Mission supplied the flour tortillas used in this post, but the recipes and opinions are entirely my own.