This Cheeseburger Soup is the perfect comfort food for cold winter nights when you don’t feel like shoveling a path to the grill! 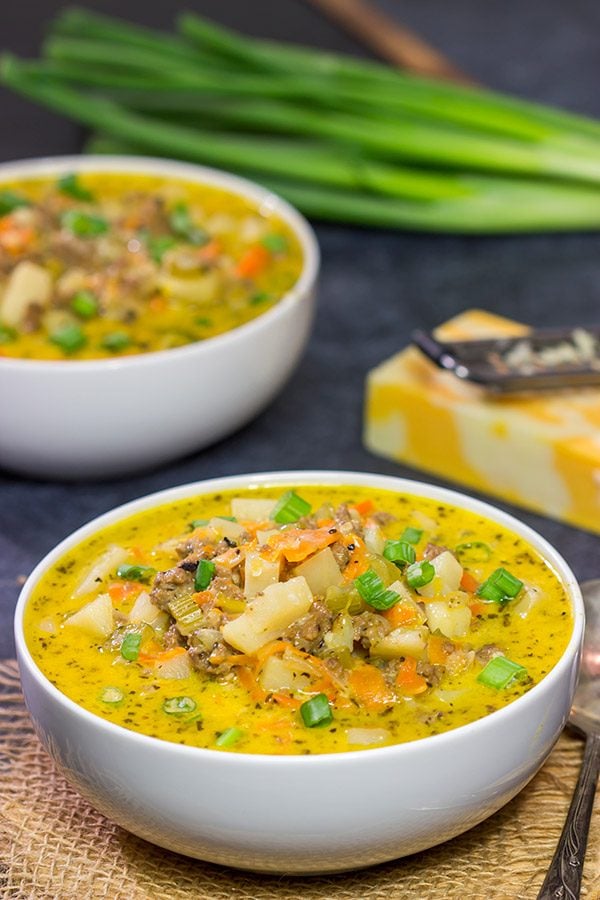 A few months back (sometime before Old Man Winter settled in for the long haul), I had some of my friends over for a night of debauchery and shenanigans.  Oh who am I kidding?  We’re guys with kids.  We had burgers and beers and all left to go home and go to sleep by 10pm.  But in our minds, it was definitely a night of debauchery and shenanigans!

I fired up the grill and then added the burgers – gotta love that sizzle sound!  Once the burgers were almost done, I took a poll of who wanted cheese.  “Pepperjack, cheddar or none?”  That’s when one of my friends asked what color the cheddar cheese was.  Huh?  What color?  I dunno….cheese color? 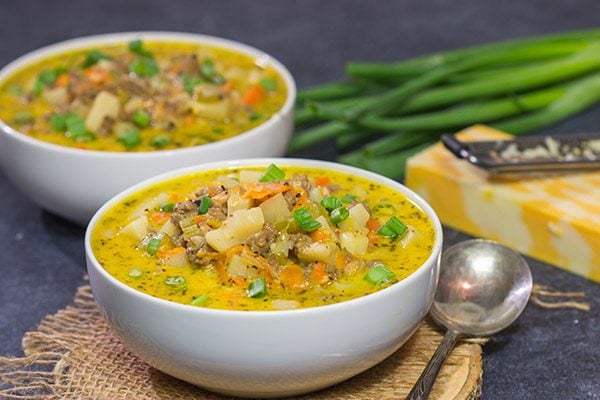 He then explained that he’s from the midwest, and he prefers his cheese yellow.  He proceeded to explain that he avoids cheddar cheese here on the East coast since it’s white and not yellow.  Ah, now his comment made more sense!  But here’s the thing.  White cheddar and yellow cheddar are the same exact thing.  It seems common sense to assume that yellow cheddar and white cheddar have different flavors though.  I mean they are different packages next to each other in the cheese case at the store.  However, they’re the same thing! 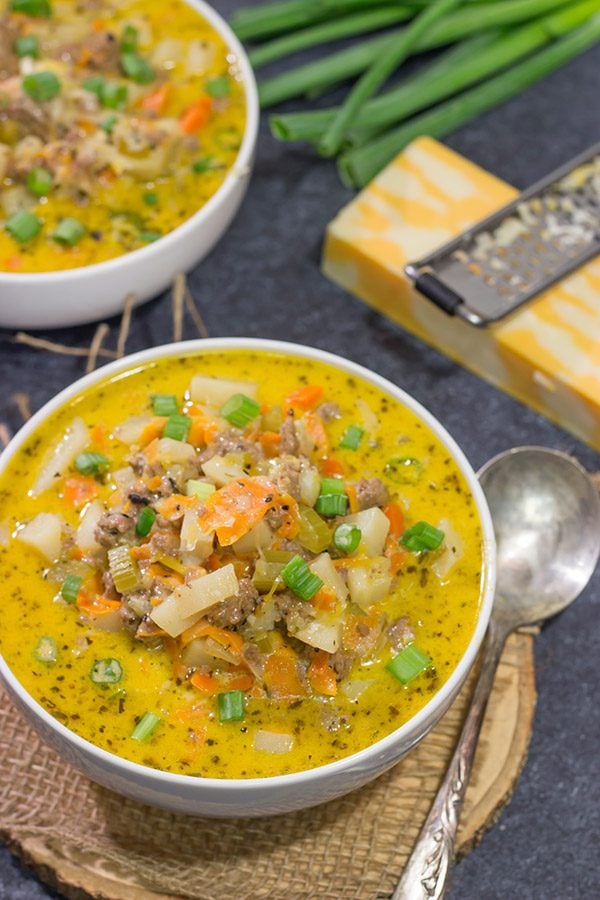 So why the different colors?  Well, it turns out that it’s purely a regional preference kinda thing.  In the midwest, cheddar cheese is almost always orange.  In New England, cheddar cheese is almost always white.  Same thing.  Same flavor.  The only difference is the addition of annatto.  So now it makes sense why my buddy asked for orange cheddar.  However, he didn’t understand that orange cheddar and white cheddar have the same exact taste.  I didn’t happen to have orange cheddar on hand, so he cautiously agreed to white cheddar.

I’m pretty sure he thought I was trying to pull the wool over his eyes.  (Similar to the way Robbie looks at me when I tell him that broccoli is just little trees like the dinosaurs used to eat.)  However, one bite and he admitted that the cheese was indeed delicious.  (I had sliced up a bar of Cabot’s Seriously Sharp.)  He also seemed pleased that he would be able to buy cheddar cheese in the local grocery stores again.  So where do you stand on the great cheddar debate?  I personally don’t have a preference.  As long as it’s a good, aged sharp cheddar cheese, I’ll be a happy camper! 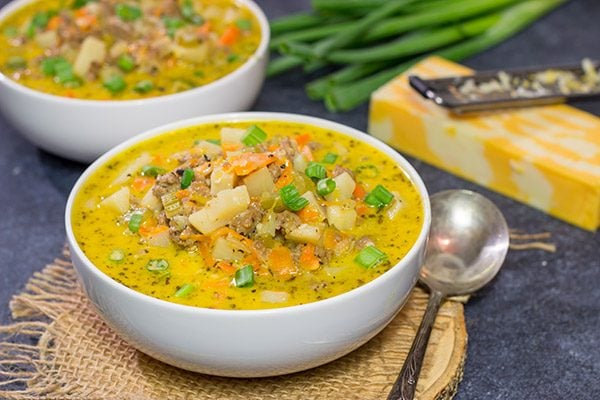 Let’s switch gears slightly from cheeseburgers on the grill to this Cheeseburger Soup.  After all, it’s cold outside.  I’ve been known to grill in this weather, but sometimes I’m just not in the mood to shovel a path through the snow to the grill.  That’s where this Cheeseburger Soup comes in.  This soup is the perfect comfort food for a cold winter night!  I like to call this soup a fun cross between chicken soup and cheeseburgers.

For this soup, I used chicken stock as the base (although beef stock would also work.)  Next I added shaved carrots, onions, celery and potatoes.  (The shaved carrots are fun since you don’t end up biting into a hard chunk of carrot.)  More or less, we had a classic soup base at that point.  That’s when the fun began!  The tasty ground beef went back into the pot along with two types of cheese.  I also used a bit of cream cheese and sour cream to add a creamy texture as well as flavor to this soup.  All in all, this soup was a winner! 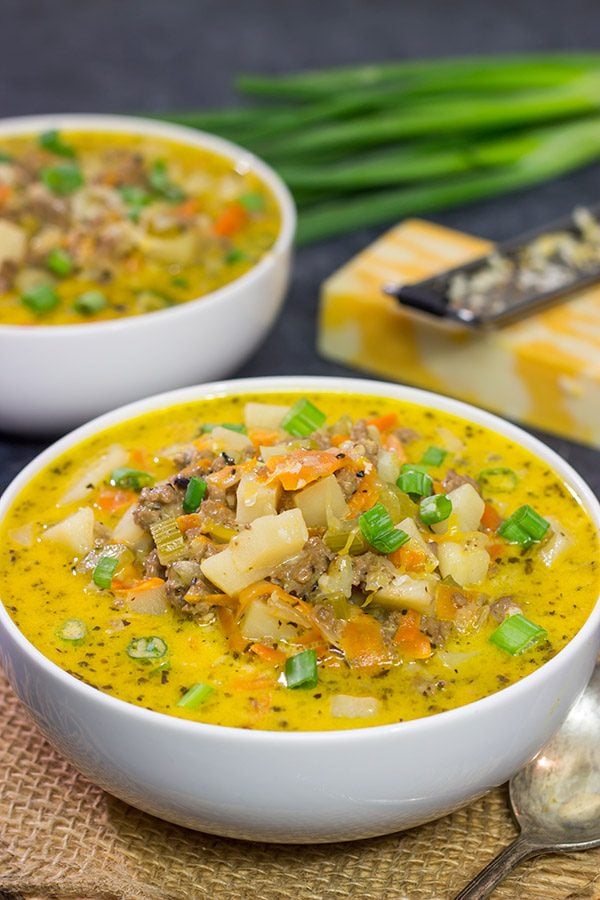 This Cheeseburger Soup is definitely going on the list to make again soon!  Don’t get me wrong, I’ll be at the grill as much as possible, but this soup is an excellent option for those particularly cold winter nights.  Stay warm, my friends!

Did you make a pot of this Cheeseburger Soup at home?  Leave a comment, or snap a photo and tag me on Instagram (@Spicedblog)! 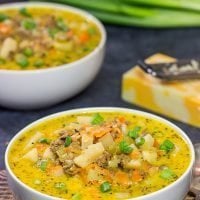 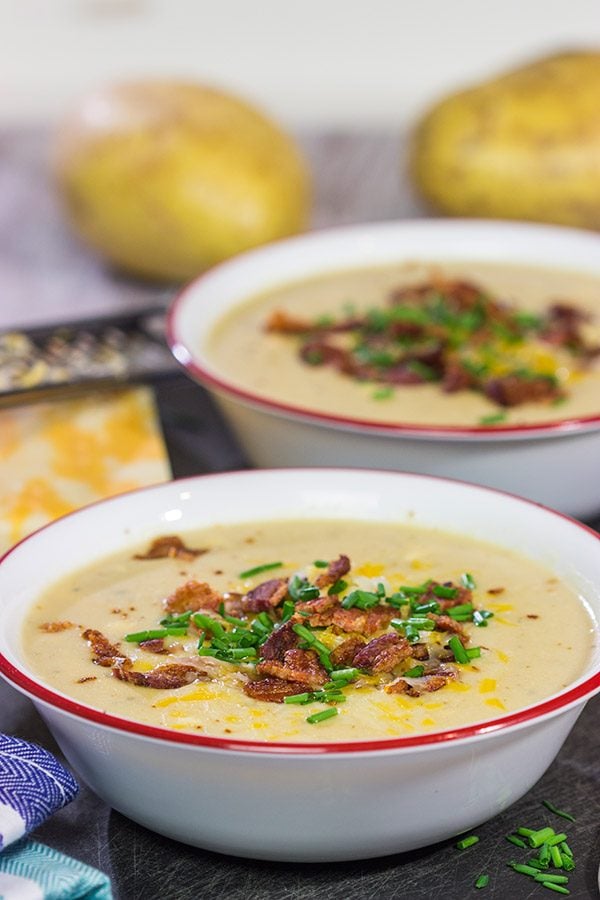 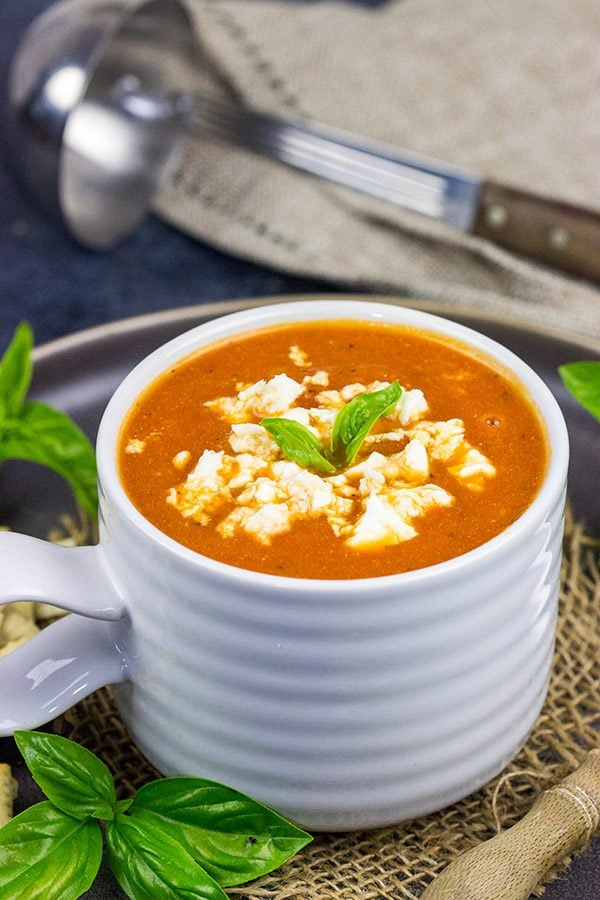 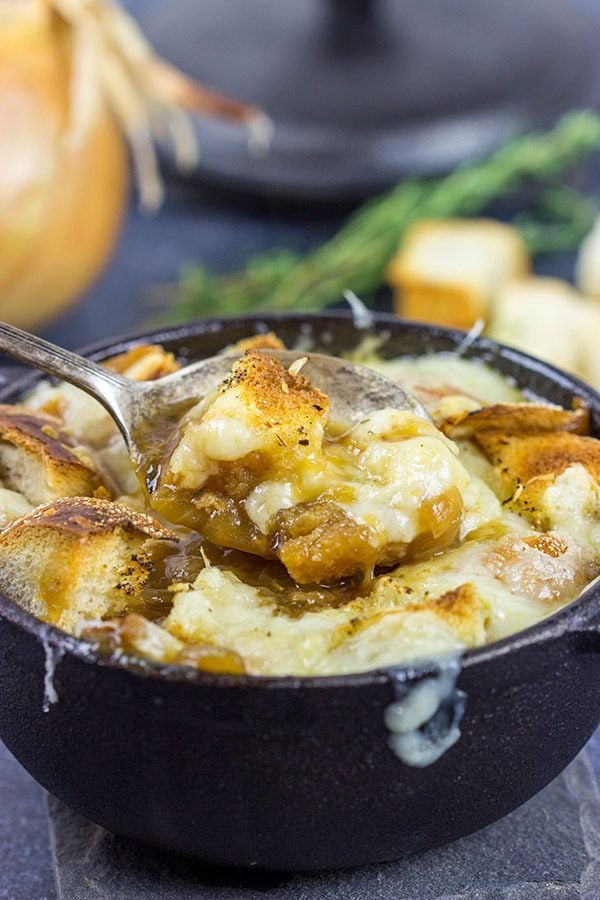