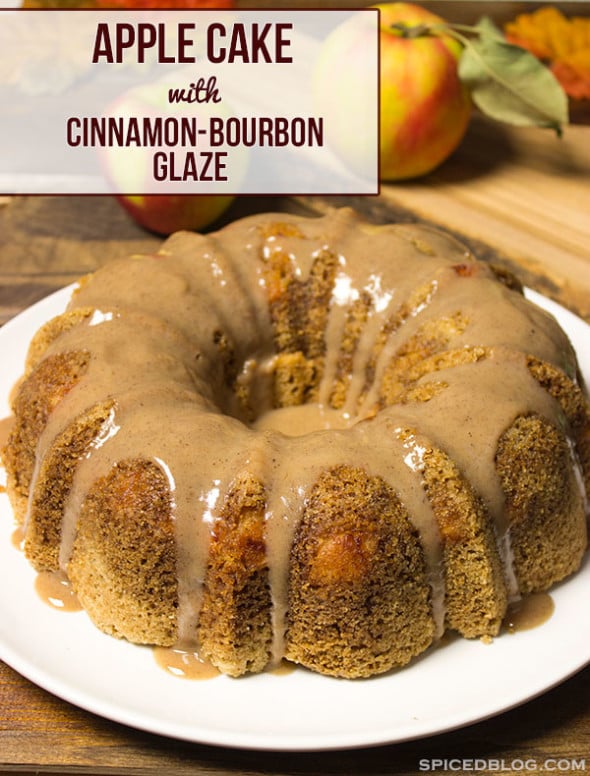 I think my love of apples and baking is pretty established now.  For the past couple of weeks, I’ve been eating apples with nearly every meal.  I’ve had apple bread for breakfast, apple tarts for dessert, and of course just plain sliced apples for lunch.  If the old adage has any truth to it, then I’m pretty sure I won’t need to see the doctor for quite some time! 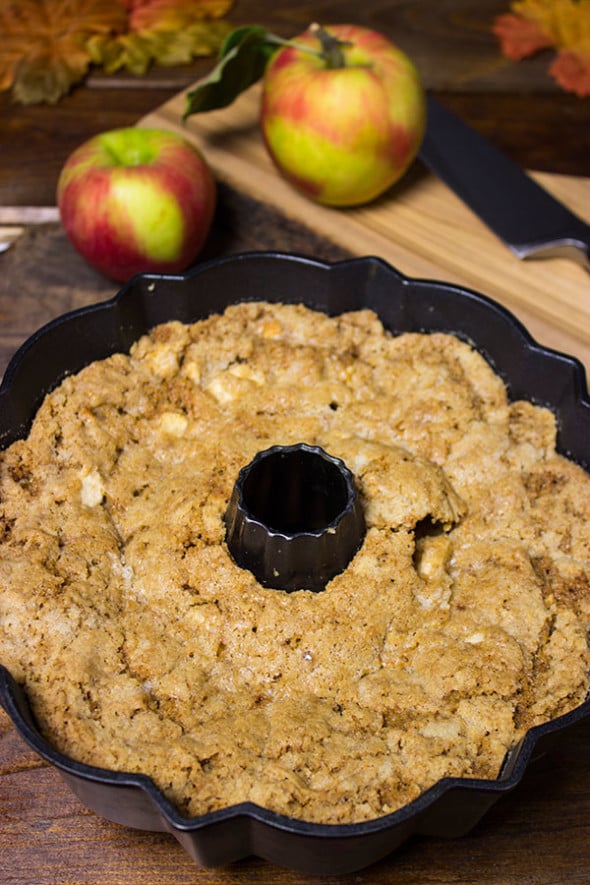 One of my long-time favorite apple recipes is this delicious Apple Cake with Cinnamon Bourbon Glaze.  What’s not to love here?  You’ve got some of the best flavors of Fall (apples, cinnamon, and nutmeg) combined with a glaze that features just a hint of bourbon.  It’s like an after-dinner drink and dessert served together in one delicious bite!  (If you aren’t a fan of bourbon, then you can easily leave it out of the glaze.) 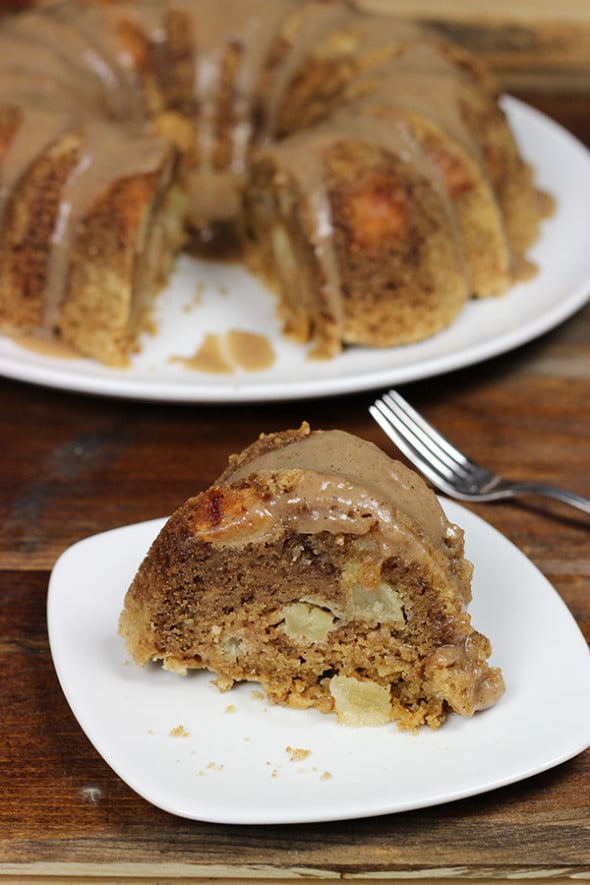 I typically bake this cake in a bundt pan simply because I love the way it looks once it’s baked.  I’ve made this cake a number of times for family and friends, but for some reason this time I left the chunks of apples larger than normal.  And you know what?  I think I like it better this way!  Normally I would dice the apples pretty finely (1/2″ dice), but this time I went with about a 1″ dice.  Not only does it make the apples easier to dice, but the larger chunks of apple give the cake a wonderful texture.  This first Apple Cake + Cinnamon Bourbon Glaze didn’t last long, but I’m fairly certain more of these cakes will be coming out of the oven before apple season is over!

For the Apple Cake
For the Cinnamon Bourbon Glaze

For the Apple Cake
For the Cinnamon Bourbon Glaze